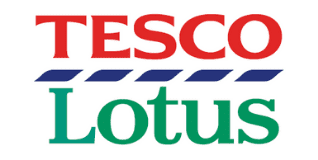 “Tesco Lotus has had in place for more than six years a campaign called 365 Volunteer Day. The premise behind this is to remind their employees that while they work 265 days a year and have some 100 days off, being a volunteer can be done 365 days a year.”

As one of the most well-known retailers in Thailand, Tesco Lotus has been operational for 22 years. Along with offering high quality products at affordable prices, it has also instituted a steady record of good corporate citizenship.

One of the ways that the retailer contributes meaningfully to underprivileged communities is the Back To School shoe-donation programme, called Pa-Nong-Pai-Rong-Rean, which translates to ‘walk kids to school.’ The mechanics are simple: for each sale of shoes, money is donated to buy shoes for severely underprivileged schoolchildren whose families are too poor to afford school shoes. Research had revealed that some 40 percent of students in Thailand do not wear proper shoes to school; some don slippers and some opt to go barefoot. What their families are able to afford is usually spent on higher-priority items such as books and uniforms. Tesco Lotus, understandably moved by this plight, met with the Ministry of Education to see how they could help needy students.

Short interviews with these children also revealed that walking to school on rainy days posed challenges (floods, slippery mud, disease-carrying insects) in the absence of proper shoes. Not having proper footwear also limited the children’s playground activities, as they could not run and play safely without shoes.
The campaign reached out to customers to participate or donate. When customers donated, Tesco Lotus would match their donations. The result was astounding: the campaign produced 63,039 pairs of new shoes for needy students. The students received more than just shoes: included in the package were two pairs of new socks and new lunch boxes.

Tesco Lotus’s efforts were also a success story in collaboration; the company engaged NGOs whose focus is children in need as well as those with education-related concerns. Consulting with the Ministry of Education helped them get a list of schools where the students were in need.

Tesco Lotus themselves pre surveyed schools to make sure each school had the correct size of shoes for these students. The new shoes would be delivered before the start of the new school term.

Initially, the retailer had modest expectations: they estimated that the campaign would only yield 22,000 pairs of shoes. The final results were a resounding endorsement of the success of Tesco Lotus’ well-intentioned efforts.

While the company does spend its own money in such instances, Tesco Lotus feels the impact has been a positive one on its brand (in addition to the benefit to communities); the retailer is now viewed as an eager supporter of local communities. Media clips and coverage of their campaign efforts had gone viral on social media, and have been viewed more than two million times.

This is one instance of a community care campaign that realises one of the company’s objectives, which is wanting to be a meaningful member of the communities around them. Their belief is embodied in the company value that “every little help makes a big difference in society.”

The company has in place a dedicated team that handles its CSR commitments both at the corporate level and at the local store level. Additionally, the company has had in place for more than six years a campaign called 365 Volunteer Day. The premise behind this is to remind their employees that while they work 265 days a year and have some 100 days off, being a volunteer can be done 365 days a year. There is also one dedicated day called Community Day where staff are allowed to take a day off simply for community care activities.

Tesco Lotus is a clear example of how, no matter how large, a successful corporation can still make meaningful and wide-reaching contributions to the communities that surround them.