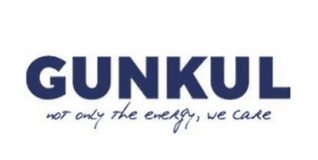 “Redefining the Future of Growth“

Founded in 1982, Gunkul Engineering Public Company Limited is a leading Thailand-based trading corporation in the power industry, focused predominantly on the generation of electricity from renewable energy, both as a manufacturer and provider of state-of-the-art electrical power and alternative energy systems.

While it was first established as a trader of electrical equipment, Gunkul later diversified into a manufacturing and engineering, procurement and construction (EPC) business before filing for an initial public offering (IPO) in 2010 to expand its renewal power generation work. Its immense growth subsequently saw the corporation being listed in Thailand’s primary stock index, SET100, in 2011, as well as in the calculation of the MSCI Global Standard Indexes.

The award-winning Gunkul PCL today illustriously helms 50 companies and offers an extensive range of over 5,000 electrical equipment and products catering to various stages of the transmission and distribution of electricity, either manufactured by its subsidiaries or supplied by partners in Thailand and across the world.

As an all-encompassing renewable energy EPC and operations and maintenance (O&M) service provider commanding over 15% market share in Thailand, Gunkul continually expands its footprint through unparalleled renewable energy projects dispersed across Asia. Within Thailand itself, Gunkul supplies and distributes power from renewable energy sources (RES) in partnership with the government to advance the generation and consumption of renewable energy through its power plants dotted nationwide.

With a longstanding vision to develop an indefinite source of energy for the future, what substantially sets Gunkul apart is its ethos for ethical and sustainability development that have not only been embedded into the business but are veritably fundamental cornerstones of its entire operations and mounting accomplishments.

Gunkul’s recipe for guaranteed and robust perpetuity effectively binds economic, environmental, and social (EES) pillars. In stewarding its operations based on these pillars with maximum efficiency, the Company has established and integrated an unexampled framework to uphold its accountability in embracing its ethical responsibility to drive change.

In order to propel organisational excellence, Gunkul retains fruitful engagement with its key stakeholder groups in a tactical way that appeases their expectations and needs through the implementation of exhaustive management procedures, communication channels, and operational guidelines which are meticulously optimised. Furthermore, a sustainable development committee, comprising 7 subcommittees for various functions, has been assembled to warrant the success of the implementation and alignment of sustainability initiatives across the entire organisation.

These heterogeneous initiatives are enforced as per Gunkul’s sustainability targets and goals, which are underlined by its overall corporate sustainability and sustainable development policy and strategy. In essence, Gunkul strives to provide long-term value by remaining open to evolving innovation, mandating virtuous corporate governance principles and transparency while methodically managing risks with the needs of its stakeholders as its utmost priority, honing in on people development activities, and regulating its operations with a social and environmental conscience.

Internally, Gunkul creates a safe, productive and supportive workplace that is compliant with local and international laws and standards. The power producer also manages EES impacts across its products and service design and delivery as well as its related value chain by evaluating these partners through a stringent set of criterias that comprise social and environment, business ethics, human rights, and occupational and safety health elements.

On top of its commitment to reducing greenhouse gas emissions and energy consumption, Gunkul develops and strengthens communities by enhancing their quality of life, collaborating with other institutions to provide financial support and carry out engagement activities that encourage the exchange of knowledge and experiences pertaining to the environment between these communities and key stakeholders of Gunkul.

“By building a formidable alliance that is heavily fixated on ethics in regards to navigating sustainability, Gunkul has proven itself as a genuine leader that has demonstrated utmost integrity in its steadfast commitment to bringing forth instrumental value economically, environmentally, and socially.”