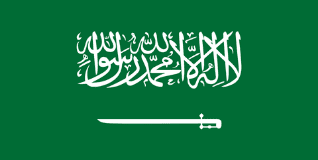 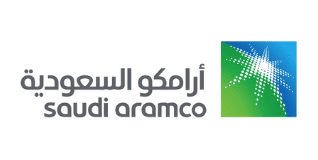 Oiling the wheels of carbon capture.

Saudi Aramco, the state-owned oil company of Saudi Arabia, has launched the Kingdom’s first carbon capture utilization and sequestration (CCUS) and CO2 Enhanced Oil Recovery (EOR) demonstration project. Carbon sequestration is the capture and storage of greenhouse gases including carbon dioxide that would have been ordinarily emitted into the atmosphere.

The CO2 is captured and subsequently compressed, piped across 85 kms and injected into a watered-out zone of an oil reservoir. The primary objectives of the project are to permanently sequester part of the injected CO2, and enhance oil recovery beyond water-flooding.

The internationally recognized project, located in the Eastern Province of Saudi Arabia, is the first of its kind in the Middle East in terms of scale and operation, and one of the largest in the world. The world’s leading crude oil producer, Saudi Aramco, is committed to the environment and the mitigation of anthropogenic (man-made) greenhouse gases.

This includes four injectors, four producers, and two observation wells for monitoring and surveillance. All wells were specifically drilled for the CCS-EOR project. They are all equipped with downhole sensors, real-time flow measurement devices, automated and remotely-controlled choke valves to provide full surveillance of reservoir parameters, and to ensure full accessibility and control over the project area.

The project has become a testbed for the deployment of Generation-2 Intelligence Field (iField).

Elaborate monitoring technologies are being deployed for the project to assess the migration and storage of CO2 within the reservoir, understanding recovery mechanisms, identifying operational issues, and building public confidence in the first CO2 sequestration project in the Gulf Corporation Council region.

The surveillance programmes, some of which have been deployed for the first time internationally, are breaking new ground for testing monitoring technologies.

Another technology that is being deployed is the monitoring of CO2 concentration measurement across the pilot site to detect inadvertent CO2 leakage. Additionally, dedicated observation wells have been drilled equipped with downhole monitoring sensors and real-time flow measurement devices for logging pressures, temperatures, saturations, and other reservoir parameters.

The lessons learned from the project are being shared with the wider oil and gas industry. Saudi Aramco, which has invested considerable resources in the deployment of this project, serves as an example as there is no mandatory requirement to implement the demonstration pilot.

The ground-breaking project, which has received an overwhelmingly positive response, has already accomplished several milestones.  It has surpassed 15,000,000 construction and operational man-hours without any major incident, while various aspects of HSE (Health, Safety and Environment) were addressed at each stage of the project execution.

Up to two thousand tonnes of CO2 are being injected every day into the reservoir equivalent to 170,000 cars being taken off the road per year. Additionally, 60 percent of the CO2 injected has been retained in the reservoir, which bodes very well for the project as it will have a significant impact and benefit for Saudi Aramco, Saudi Arabia and the greater GCC region in terms of sequestering CO2 from man-made sources.