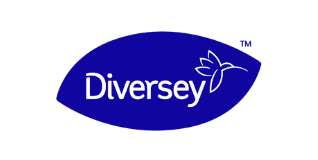 Diversey’s long-term commitment to the communities it partners with is truly admirable. Its long-term goals succeed where many other corporate initiatives have failed

The tell-tale signs of a looming climate crisis cannot be ignored. Rising temperatures, polluted air, plastic waste in oceans, resource scarcity due to a spike in population growth and other issues, big and small are buffeting the world. As a cleaning and sanitation company, Diversey Singapore Pte Ltd takes these issues very seriously and is committed to operating businesses in a sustainable fashion. Diversey embraces the view that at its core, sustainability equates to the ongoing reduction of waste. Removing waste from its operations and its customers is a top priority.

The company, established on 8 January 1997, hinges its sustainability strategy on 12 aggressive targets, including a goal to deliver sustainability benefits to its customers. Its 2025 goals are organized around three major pillars: to improve the environment, to protect and care for people, and to innovate sustainable solutions. Diversey has defined specific metrics to measure its progress against each of those commitments. The corporation’s in-house sustainability action team owns these metrics and will present regular updates to the senior leadership team and board members.

The organization’s goals are aligned with the United Nations Sustainable Development Goals. Diversey is also a member of the International Association for Soaps, Detergents and Maintenance Products for Sustainable Cleaning.

The cleaning and sanitation company’s goals are organized around three major commitments: Soap For Hope, Linens For Life and CoffeeBriques. The premise behind each of these initiatives is simple. Waste does not need to end up in landfills. It can be upcycled to manufacture economic and social value from something that otherwise has no value.

Soap For Hope involves converting the soap remnants left behind when guests check out of their hotel rooms, into new bars of soap. Diversey works with several hotels to collect their used soap. The corporation trains at-risk people in all aspects of making new bars of soap from what would otherwise be waste headed for a landfill. The new soap is then distributed to the community, addressing a need reflected in the fact that 2.5 billion people around the world lack proper sanitation.  According to the United Nations, handwashing with soap is among the most effective and least expensive ways to prevent diarrheal diseases and pneumonia, especially in young children. As of December 2019, Soap For Hope is up and running in 188 cities in 44 countries, with over 800 hotels participating in the initiative. In all, 3,800 tons of used soap has been collected, from which 31.6 million bars of soap have been made. The entire process takes less than ten minutes and requires no running water and electricity. The hotel, Diversey or another organization then buys back the reconstituted soap bars from the villagers (enhancing livelihood), which are then re-distributed back into the community (free access to soap).

Key beneficiaries of the program are mainly disadvantaged women who are at-risk, and those living around slum areas who get their income by scavenging rubbish that can be resold. They have limited access to basic health amenities such as soap. If they fall ill, they are unable to work. Thus, Soap For Hope is not only able to promote a more hygienic environment, it also alleviates financial hardship by imparting a new skill to generate livelihoods that earn up to US$50 per month instead of the usual US$10.

Diversey covers all logistics costs and provides all the equipment including tools and soap-press machines, as well as disinfectants required for re-processing soap. Its local employees provide the training to local communities on soap-recycling, and maintains the partnership with local NGOs and hotels.

Linens For Life grew out of the fact that every year a typical 400-room hotel generates two to three metric tons of used linens, everything from bedsheets to employee uniforms. Instead of sending those linens to landfills or disposing of them in some other environmentally harmful way, participating hotels work with Diversey to distribute their used linens to people who live in slums, trash mountains or even senior centres. These community members transform them into a wide range of attractive products, from clothing and stuffed animals, to reusable shopping bags and purses.  Diversey has partnered with National Trades Union Congress Health Co-operative Ltd to implement Linens For Life at 12 of its senior centres in Singapore.

This partnership served to fulfil three objectives: to help seniors feel useful, to help slow down the progression of dementia, and to serve as an interactive intergenerational activity between seniors and children. The program has proven to be a huge success, giving seniors a sense of purpose.

Coffee is the most popular drink in the world, with more than 400 billion cups consumed each year. That amount of consumption generates an exorbitant amount of coffee grounds, most of which are simply converted into waste. In 2018, the corporation proved that even coffee grounds can be repurposed. Diversey introduced CoffeeBriques, a corporate social responsibility program that converts used coffee grounds into eco-friendly fuel for cooking and heating.

As its name suggests, grounds are compressed into rectangular briquettes that can be used as a fuel source instead of the firewood or charcoal that people in distressed environments rely on. CoffeeBriques not only provides a cheaper source of fuel, it also protects the environment by reducing or eliminating deforestation that results from using wood as a primary energy source. The best part is not just poor rural areas benefit from this initiative. Major corporations have implemented the use of CoffeeBriques in their operations to reduce their impact on the environment.

Hilton Hotels in Myanmar recently launched CoffeeBriques. Over a two-month period, Hilton collected more than 140 kilograms of used coffee grounds, converting them to CoffeeBriques, which are now being used as an alternative to charcoal at Hilton properties in Myanmar.

Diversey’s partnerships with NGOs are long-term. The community care champions live by a simple philosophy. When it collaborates with an NGO or community, it is committed to help, nurture and strengthen the partnership. In English, the word ‘adopt’ has no opposite, there is no ‘unadopt’. Diversey makes the conscious effort to ensure that only when communities (like a child) is able to stand on its own two feet, the job is done.

“Diversey’s long-term commitment to the communities it partners with is truly admirable. Its long-term goals succeed where many other corporate initiatives have failed” Shanggari Balakrishnan, Chief Executive Officer, MORS Group

“The community care champions live by a simple philosophy. When it collaborates with an NGO or community, it is committed to help, nurture and strengthen the partnership, no matter the time it takes” Dr. Jayanthi Desan, Lead Jury, ACES Awards