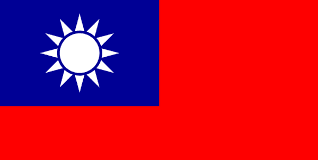 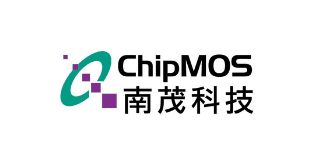 ChipMOS has gone above and beyond green expectations to negate its production impacts, thus making it an exemplary addition to this category’s stable of winner.”

“Green Is the new black.”

ChipMOS, which also offers leadframe and organic substrate-based package assembly services for memory, mixed-signal and FPD driver semiconductors, has actively cooperated with third-party organizations since 2009 to identify and examine inventories in each of its production factories to reduce Greenhouse Gases (GHG).

From 2012 to 2019, the company saved a total of 25,535,305 kWh and reduced a whopping 17,781 tons per year in emission, which is approximately the amount of carbon sequestration from 46 Taiwan Taipei Daan Forest Parks.

Additionally, ChipMOS has introduced water recycling equipment to the manufacturing process. During the course of 12 years, 8,043.643 million litres of water have been conserved, which is equal to saving approximately 3,217 international standard sized swimming pools.

The company remains committed to reducing water consumption and improving water recycling to minimize the environmental impacts of its operation.

Chairman SJ Chang, who serves as Chairperson of the CSR (Corporate Social Responsibility) and Environmental and Health / Energy Management Committees, is directly involved in setting, implementing and supporting the environmental agenda of ChipMOS.

The key members of the committees implement all environmental protection programmes, set up Key Performance Indices (KPI) and regularly report the methods of execution to Chang. Review meetings are also conducted by the Chairman with managers, directors and first line managers of the manufacturing department to provide more feedback and suggestions.

The environmental initiatives and programmes of ChipMOS are regularly communicated to its stakeholders through various communication channels such as meetings, e-mails and official website reports. The company has also developed social media platforms in recent years to communicate and interact immediately with stakeholders.

The company’s employees and their families have also assisted in cleansing Tainan beach of pollutants over 15 years. In 2014, ChipMOS adopted the purification area of Doulun Vil., Hsinchu County and the peripheral roadways of Chupei fab to keep the surrounding neighbourhoods clean. For its efforts, the company received the Excellent Contribution of Purification Area Adoption and Outstanding Enterprise of Roadway Adoption awards.

Key raw materials suppliers must pass the assessment criteria every season and undergo an annual on-site audit to ensure all requirements are implemented.

ChipMOS’s suppliers, sans exceptions, are expected to sign ChipMOS‘s Corporate Social Responsibility Statement to ensure that they shall comply with environmental regulation and requirements.

“ ChipMOS has gone above and beyond green expectations to negate its production impacts, thus making it an exemplary addition to this category’s stable of winner.”

“Finite, calculatable green gains are the way to go when measuring sustainability. Conveying the gains in the way ChipMOS has done has humanized the ecological savings.”