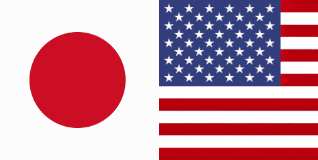 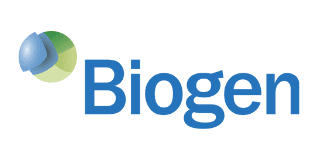 Established in 1978 in the United States, Biogen is one of the world’s first global biotechnology companies. A pioneer in neuroscience, the company has led innovative scientific research with the goal of identify treatments that address devastating neurological diseases, which are the leading cause of disability and the second leading cause of death worldwide.

Biogen believes that in order to lead in human health, the biotech and pharma industry must take a stand to mitigate its impact on the environment. Science shows that fossil fuel emissions have been found to play a direct role in the worsening of various health conditions. Data suggests that fossil fuel-related air pollution not only contributes to the climate crisis, it also claims 9 million lives annually, making it one of the world’s top killers. Evidence also points to air pollution worsening the prevalence and severity of COVID-19 and potentially harming brain health.

To address these issues, Biogen launched a bold initiative in September 2020 called Healthy Climate, Healthy LivesTM, a US$250 million, ground-breaking 20-year plan to eliminate fossil fuels across its operations by 2040, making Biogen the first Fortune 500 company to pursue such a commitment.

In 2014, Biogen became the first company in the life sciences industry to become carbon neutral. But more needed to be done, given mounting evidence that the burdens of climate change are not shared equally. Biogen determined it was imperative to establish aggressive new targets in line with the Intergovernmental Panel on Climate Change (IPCC) guidelines and approved by the Science Based Targets initiative. And so Healthy Climate, Healthy LivesTM was crafted to build on Biogen’s longstanding commitment to sustainability, including targets for climate, water and waste.

Biogen’s Healthy Climate, Healthy Lives endeavour will not be complete without its second component, which involves collaborations with global leaders. This includes working with the Massachusetts Institute of Technology (MIT) to support the creation of new models of how different climate actions impact human health, and with the Harvard T.H. Chan School of Public Health to help under-resourced healthcare clinics address climate risks to improve operational resilience and patient health.

There is plenty on the plate, but these are the actions that need to be taken in order to go beyond carbon neutral and net zero. And it will take the resolve of an entity such as Biogen to persevere and see its ambitious plan through to create an equitable future where everyone enjoys a healthy climate and a healthy life.

“Biogen is boldly going where no Fortune 500 company has gone before with its innovative yet important Healthy Climate, Healthy Lives campaign. It is an enormous undertaking, but we believe more companies will follow Biogen’s lead.”