Chairman of the Board Directors 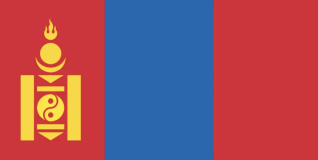 Chairman of the Board Directors

Former Chairman & CEO (currently Chairman of the Board Directors) Tatsuya Hamada dials up innovations for Mobicom Corporation LLC and digital transformation for the Mongolian society by merging mobile phone operations with FinTech.

In 2016 ─ the same year that Tatsuya was sent over to Mongolia to head Mobicom ─ the company became consolidated in the KDDI Corporation Group where KDDI holds majority share.

“This is a very competitive industry,” says Tatsuya, “There are three other mobile operators in the small market of Mongolia. Therefore, we are not only staying in the mobile telecom industry but also penetrating new business markets such as digital finance and Internet TV to run on the mobile platform.”

One of these digital finance services is MonPay, the company’s most unique telco and bank partnership, thanks to Tatsuya’s visionary leadership.

In the five short years since Tatsuya’s arrival, Mobicom, a straightforward telco evolved to incorporate FinTech on its mobile platform to provide new twists on financial concepts for consumers, businesses and the Mongolian government.

MonPay is a national electronic smartphone application and large-scale financial platform approved by the Mongolbank with the first ever e-money license in Mongolia. Using the application, everyone is now able to make online transactions for a myriad of goods and services, use it as an e-wallet, do e-commerce, and even apply for instant micro loans without collateral.

On November 8, 2021, MonPay issued the first application-based digital bond in the country raising an investment of one billion Mongolian Tughriks in under 35 minutes, without any process and technical failure. MonPay bond is Mongolia’s first underwritten bond and first blockchain-based bond. For the first time in history, Mongolia successfully raised bonds for the stockmarket using e-money, which was arranged by the Mobile phone operator group. This is the country’s first sandbox regulatory environment project.

A Shock that led to Change

But Mobicom wasn’t always as innovative as this back in the day.

When he first arrived to helm the company in 2016, Tatsuya said he was shocked at its overall state. Mobicom, which was now 20 years old, was dated, huge, and had 1,600 employees who languished in their comfort zone because they felt the company was still a dominant player and needn’t further its position in the market.

Tatsuya said he was reminded of the Galápagos Islands ─ the idyllic but isolated archipelago situated in the middle of the Pacific Ocean that provided the perfect habitat for prehistoric giant tortoises, marine iguanas, equatorial penguins and quaint-looking crabs. Some people called the Galápagos Islands a “living museum and showcase of evolution” because of the “lost island” nature of the place.

He said all the animals were contented growing up and living there, as they had for centuries. They didn’t know the outside world but were just very happy where they were.

“I felt something similar in Mobicom,”describes Tatsuya. The company had a stable market for voice communications but through the years, there had been minimal growth. In fact, it was losing its market share to newer players and facing business decline.

“My tough challenge was how to turn it around, remove complacency and implement change,” he recalls. To regain momentum, he initiated many actions such as HR, salary, technical coverage, and customer service and behaviour changes. He brought in young, new energy, eradicated old habits and instilled certain key drivers to lead the team towards a “V-Shaped” company performance and continuous growth.

He mentored and motivated his employees to be engaged, innovative, and market and customer oriented by introducing his S.T.P.D Cycle or method. S.T.P.D stands for See, Think, Plan and Do. “See” in this case referred to understanding business using one’s own five senses.

“Business sense is 6th sense,” he says, explaining that it means using intuition to feel and respond to market demands.

Not limited in the leading of Mobicom Corporation LLC but his social influence was much broader and meaningful in the industry and the society of Mongolia. He also spent quite a lot of time on variety type of social activity out of office by eagerly participating many business forums, organizing personal session for business persons and students and proactively leading SDGs related activities through Mobicom. As results of those activity, The State Order of The Polar Star was granted by the President of Mongolia, Battulga Khaltmaa, in 2021, which is the highest rank of the orders to be granted to foreigner. Now he is the most well-known foreign business and social person in Mongolia.

“It takes a leader with extraordinary responsibility to want to do the utmost for his company, even if his own career was put at risk for it. For Tatsuya Hamada, these qualities were further compounded by vision and passion. He saw opportunities when he brought together two differing industries ─ his own telco business and the financial services sector. The result is a partnership that merges innovations, products and markets, transforming consumer finance in a way that has never been done before.”

“Tutsuya Hamada, merged cellular telecommunications with banking and financial services and revolutionised consumer finance with FinTech in Mongolia. His leadership played a big part in the advancement of society at large, in Mongolia.”