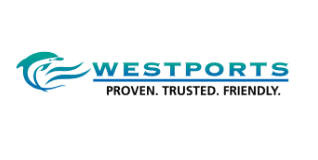 The bold, visionary leadership and business acumen of Tan Sri Gnanalingam exemplifies the ability of Malaysian top executives to stay the course through all sorts of business adversity

“Success at every port of call”

The seaport industry is brutally competitive and the barrier to entry is very high due to the high capex required. Westports’ Unique Selling Propositions differentiates itself from competitors in the industry. The port is strategically located along the Straits of Malacca, and has positioned itself as a pit stop for container vessels plying the world’s busiest shipping lanes. Westports is situated in Port Klang, Selangor which is one of the three main ports in the Straits of Malacca that handle gateway and transhipment container cargo, all of which are located in close proximity to the main shipping route along the Straits of Malacca. These ports have the advantage of natural deep-water berths which allow them to accommodate large vessels.

Westports vision is to be one of the leading gateway and transhipment ports in the world while continuing to be the pride of Malaysia when it comes to employee relations, customer satisfaction and corporate citizenship. Its mission is to conduct its business with operational excellence and integrity to create value for all of its stakeholders.

Westports container volume’s modest decline for the six-months of 2020 was due to the initial growth momentum achieved in the first quarter of this year. In the previous quarter, the corporation cautioned that the second quarter of 2020 would witness to the most adverse impact of the COVID-19 pandemic, given the various lockdown arrangements or movement restrictions across the world.

The level of global consumption and economic activities are unlikely to resume immediately to the pre-COVID-19 environment in 2020 as the world adjusts to a ‘new normal’ while the search for vaccines continues. The adverse effects on employment and income levels will hinder consumption and the overall economic recovery. Hence, the company understands that it does not expect an overall increase for the second half of the year 2020.

However, the momentary pause in the relentless volume of growth experienced in recent years incidentally has provided Westports more time to plan and execute its land reclamation phase at a more competitive cost for the mega Container Terminal expansion from CT10 to CT17. Westports remains committed to reinforcing Port Klang as one of the main transhipment hubs in South East Asia for international container shipping alliances.

Westports was officially opened by the former Malaysian prime minister Dato Seri Dr. Mahathir Mohamad in September 1996. The former prime minister also officiated the opening of the motor vehicle terminal (VTC) at Westports for the shipment of cars. The VTC employs state-of-the-art technology and is reputed to be the best in the region. The corporation has achieved a new world record making 801 moves per hour for the CMA CGM JEAN MERMOZ vessel. Westports prides itself over a consistent productivity of 35 container moves per hour (mph). This allows the port to operate at speeds above the standards set by other ports across the globe.

Tan Sri Gnanalingam was appointed Director and Executive Chairman of the company on 1 January 2009. He is also the Executive Chairman of WMSB, a wholly owned subsidiary of the company, a position he has held since 2000. Prior to that, he was the Managing Director of WMSB from 1995 to 1999. The maritime powerhouse attended the Royal Military College from 1960 until 1964 before obtaining his Bachelor of Arts Degree from University of Malaya in 1968. He is also an alumnus of the Harvard Business School in Boston, United States of America, having attended the School’s Advanced Management Programme in 1983.

In 1994 Tan Sri Gnanalingam successfully secured the concession to operate Westports. The visionary pioneer’s efforts were recognized when he was named Transport Man of the Year in 2001 by the Ministry of Transport, Malaysia. In 2007, he received the Small and Medium Enterprise (SME) Platinum Award, the Chartered Institute of Logistics and Transport (CILT) Malaysia Achiever of the Year Award, and was admitted as a Chartered Fellow by the CILT, UK. The Malaysian industry leader was also presented with the Outstanding American Alumnus Award 2007 in the field of Logistics and Transport by the American Universities Alumni Malaysia. In 2017, Tan Sri Gnanalingam was named Value Creator: Most Outstanding CEO by the Edge Billion Ringgit Club for his visionary leadership excellence in transforming Westports as Port Klang’s leading terminal operator.

The business champion previously sat on the National PEMUDAH committee from 2007 until 2012, and was reappointed in 2014 to a special task force set-up by the then Prime Minister of Malaysia to facilitate businesses in Malaysia by identifying improvements to existing government processes and regulations based on global benchmarking reports and public feedback. He was also appointed a member of the National Export Council in March 2015. In 2020, Tan Sri Gnanalingam was appointed as Economic Action Council (EAC) member on 16 March 2020. EAC was formed to address economic challenges caused by Covid-19 outbreak and plummeting oil prices.

The corporation’s success story is nothing short of phenomenal, as it is now the leading mega transhipment hub in Malaysia for the main shipping lines. The success is also attributable to deep channel and wharf, linear berth, high productivity, dedicated and vibrant employees and connectivity to more than 350 ports around the world. The corporation’s business tagline, “Proven, Trusted, Friendly,” stands in good stead as it continues on the road towards continuous growth and expansion.

“The bold, visionary leadership and business acumen of Tan Sri Gnanalingam exemplifies the ability of Malaysian top executives to stay the course through all sorts of business adversity”