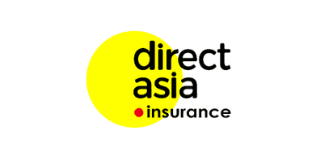 Celine is the epitome of the new female powerhouses of Asian business, bringing a familial dynamic to her downlines, and yet establishing the need for clear business objectives and goals amongst her team.

“Drive is just the Tip of her iceberg”

Sirinthip (Celine) Chotithamaporn has been the Regional Group Managing Director at DirectAsia Insurance (DirectAsia) since May 2019. DirectAsia Insurance was launched in Singapore in 2010 and Thailand in 2013. The company is a pioneer direct insurer which provides people with an alternative to buying insurance direct instead of via brokers and middlemen which is are prevalent in Asia. DirectAsia’s primary business is car insurance, but it also offers motorcycle and travel insurance. In 2014, DirectAsia was acquired by global insurer Hiscox, . As one of the world’s leading international specialist insurance groups listed on the London Stock Exchange. (LSE:HSX), Hiscox brings decades of insurance knowledge and experience to Southeast Asia, no doubt also assisted via DirectAsia’s market penetration.

Chotithamaporn received a Bachelor of Science in Geology from the University of Alberta in 1992. When she decided to enter the business world, she undertook her Master of Business Administration (MBA) degree. The learnings from this proved invaluable, as it provided a solid foundation for her to move forward in her chosen field. After two years, Chotithamaporn realised that her work experience had surpassed what she would be able to learn in an MBA classroom and made the decision to cut short her pursuit of obtaining an MBA degree.

When Chotithamaporn first started in her current role, she found that interest in direct insurance had waned somewhat. Hher key challenge was to bring DirectAsia back to being the direct insurer of choice through better customer experience, product variety and risk-based pricing. To do this, she employed two of her character traits; namely perseverance and the avoidance of premature judgement.

Although she has only been with DirectAsia since May 2019, she has already attained several achievements which have made her proud. First, DirectAsia Group grew 48 percent in the first quarter of 2020 compared to the first quarter of 2019. In the first quarter of 2020, DirectAsia’s combined ratio improved by 30 points due to operational efficiency improvement and marketing and sales effectiveness. Another feather in DirectAsia’s cap is being awarded the Feefo Official Platinum Trusted Service Award 2020, won for consistently delivering high standards of service excellence. Lastly, Chotithamaporn successfully installed a new executive committee team without negatively impacting growth or stability.

The inspiring business leader credits her strength of character to the person she admired most growing up: her father. Her father showed her, by example, what perseverance meant and what it could achieve. With all her achievements, Chotithamaporn considers success as a person and as a leader as having team members who trust you and who are willing to follow you even as you change companies, having a successful balance of work-life and home-life, and by paying it forward by helping the vulnerable, and developing the next generation. With the recognition of winning the ACES Award, she plans to pay it forward by mentoring future female leaders and young leaders.

“Celine is the epitome of the new female powerhouses of Asian business, bringing a familial dynamic to her downlines, and yet establishing the need for clear business objectives and goals amongst her team.”