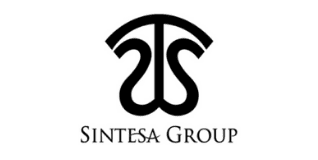 Shinta Widjaja Kamdani is a prominent businesswoman who has a sharp eye for business opportunities. She is CEO of Sintesa Group. Under her leadership, the group continues to experience growth in various industries, including property, manufacturing, energy, health and consumer products. She was named one of the 50 Most Influential Asian women by Forbes Asia magazine. She is also Deputy Chairperson of the Indonesian Chamber of Commerce and Industry (KADIN) for the 2015-2020 period. 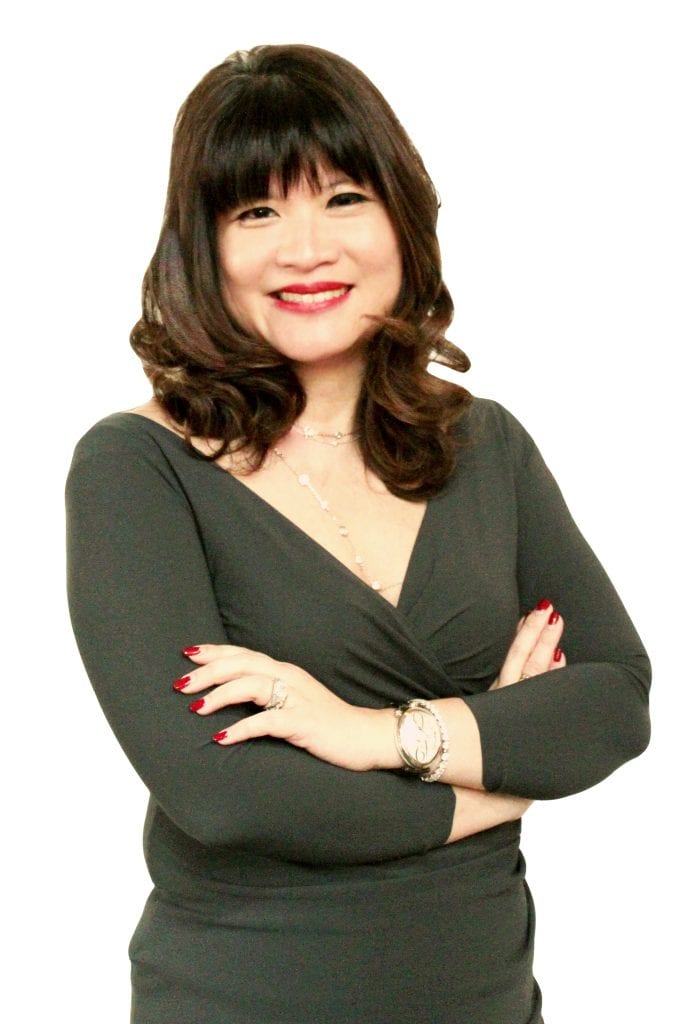 Shinta Widjaja Kamdani comes from a long line of entrepreneurs, with a family business dynasty spanning over a hundred years. With business covering four industries – property, energy, industrial products and consumer products – the stage was set a generation ago for a woman at the helm.

“We are proud to be one of very few Indonesian businesses that have been operating for a hundred years. This year is particularly special, as it marks our 100th year of operation since 1919. The first generation of the business focused on rubber plantations. The second generation in 1959 focused on consumer goods. I, as the third generation, in 1999, integrated our businesses under one identity. The 40 year mark has always seemed to signal transformation for us, and if this holds true, in 2039, I will have already prepared my children to take over the business,” shares Shinta, who was born in Jakarta, and who holds a Bachelor of Arts from Barnard College of Columbia University, New York. 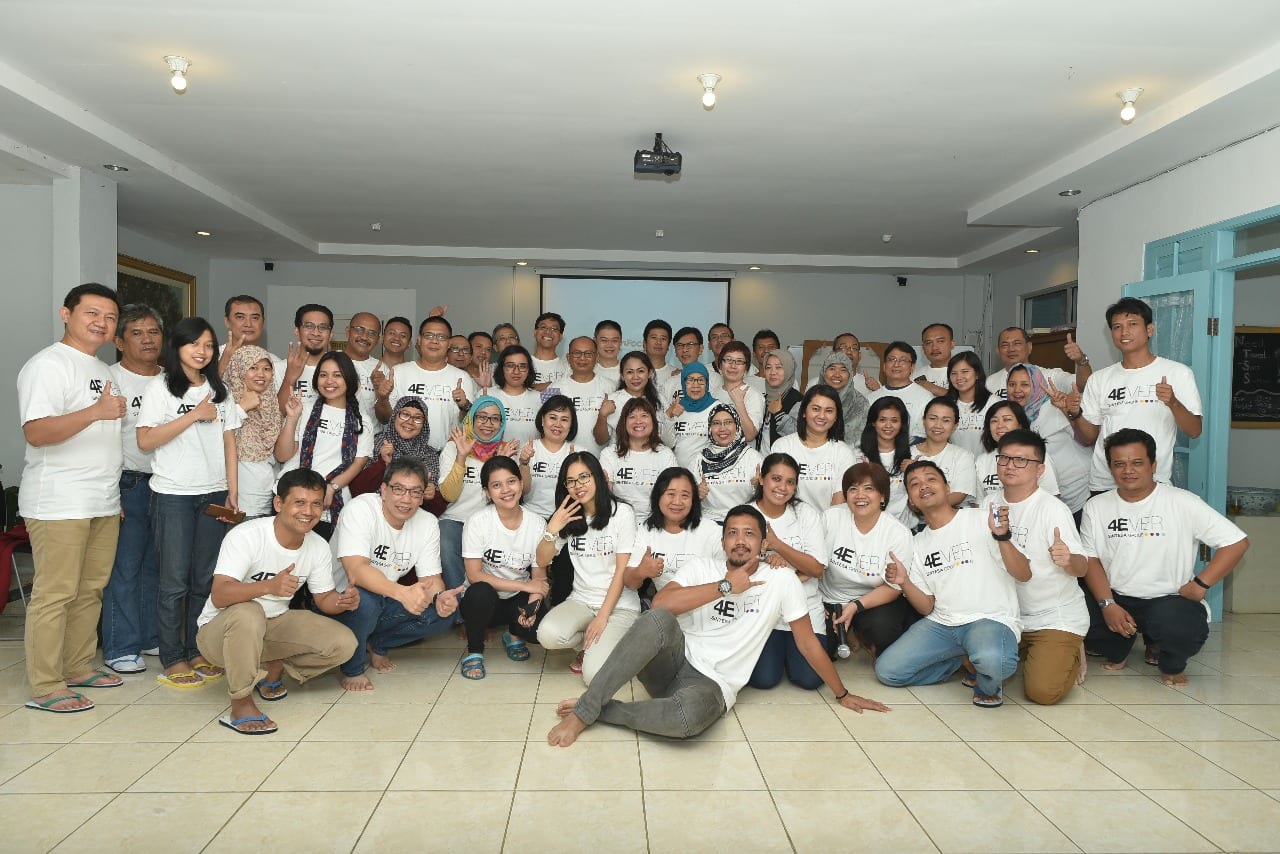 In 1999 Shinta’s father agreed to step down as the top executive, allowing his daughter – then in her thirties – to take the driver’s seat. “1999 was a very tough time for a transformation process since Indonesia was just recovering from the financial crisis. The company had suffered quite badly during the 1998 crisis, so we entered into the process of change with a lot of uncertainty. I knew however that we needed to enter into the integration stage of our company life cycle because our many businesses were being run with very little professional supervision. After arduous dialogue with my father, we finally agreed to establish Sintesa Group in 1999, with me taking the operating role, while my father sits as Chairman,” expounds the young leader.

The group has brought many global companies to Indonesia, and works with multinational giants such as Johnson & Johnson, Time-Warner, Wyeth-Ayerst, Sterling, Messer Griesheim, L’Oréal, Pertamina, Arcellor Mittal, Epson, and Yamaha. PT Sintesa has approximately 3,500 employees over all its business concerns, with many employees coming from the time when the business was run as a series of standalone companies.
“We have some employees from the second generation who still look at the business in this way, which is why the transformation process is still ongoing, even though it’s already been 20 years. However, I dare say more than 80 percent of employees in our group understand our values and vision, aligning it to their operation and day-to-day activities. The corporate values that I would like all Sintesa Group employees to understand and practice is based on 4Es – empathy, empowerment, entrepreneurship and excellence. We are also looking to become a Sustainably Excellent Company by practicing sustainable business operations throughout our activities which focus on the 3 Ps of people, planet and lastly, profit,” asserts Shinta.

As a part of Sintesa’s values, the corporation undertakes sustainable business practices and sustainable reporting. Employees are urged to go beyond themselves, and are assigned task/projects that go beyond their regular capabilities. The focus on entrepreneurship saw employees coming up with business plans which the company could invest in, while the empathy quotient is fulfilled by the creation of a better work environment for women to flourish and succeed in. 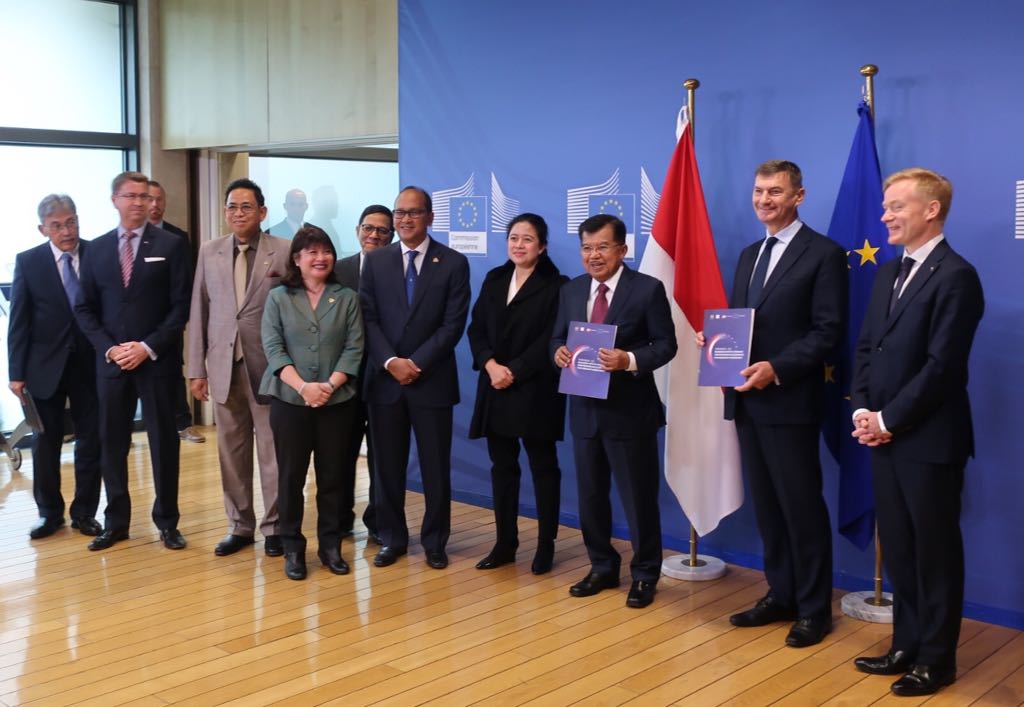 While Shinta has been fortunate enough to have studied at Harvard Business School, she asserts that her business knowledge is more than book learning. “I have been into sales since I was a young age. In junior high school I sold books door-to-door for extra pocket money. During college holidays I took internships at several MNCs just to learn about business. Growing up, my father was my role model. He was one of those old school businessmen who could make difficult decisions on little information and gut feeling. He is also a visionary, and since he is a very outgoing person and a good listener, he is able to get people on board with his ideas. From him I learnt the importance of confidence and how difficult it was to be a good leader if one is unsure of themselves,” says the Jack Ma admirer.

As far as the rewards of success go, Shinta says that it is always about the happiness, for her.

“There’s no point in working if you don’t find any happiness in it. Happiness is when I can help my country to become better. That is why I’m involved in many organizations and initiatives. My happiness also comes from seeing my friends and family happy. Family for me also extends beyond parental linkages. Sintesa Group is my family, and I will do whatever it takes to make it better and successful,

Speaking about her personality and leadership style in relation to her peers, Shinta believes that her differentiation factor lies in how she is comfortable with all kinds of stakeholders, from government, CSOs, and business associations from national to international level. “Most businesses are not at ease meeting/working with the government since most of the times we are on different sides of the table. I believe we need to work with them if we want our agendas to be aligned. I see myself as a people’s leader, meaning that I focus my leadership style on my employees because they are the engine of the company. We need to fuel them with motivation and self-fulfillment so that they can give their best for the company. Externally I also focus on the community. My interest in women empowerment, entrepreneurship, sustainable development and education are things that are very important, not only for my business, but also for the country and the world.”

As far as aspirational leadership goes, Shinta believes that the best leaders are those who see the hardship of others without needing to be told, and who provide solutions to make these people’s lives better. “Leadership in my father’s generation and today is different. The flow of information, access to data, rise of social media, and technological advancements have made the decision making process more difficult because there are more aspects to consider. Today’s business leader should dwell more on guiding and communicating the vision, opening up new opportunities, and finding new ways to develop staff. Managers are taking on more leadership responsibilities and pass increasing amounts of responsibility to junior employees. This is contemporary leadership, and this is what we are aiming towards,” says Shinta. “Leadership cannot be taught. It comes with experience, ordeals, success, failure, and the people you surround yourself with. In other worlds, leadership has to be nurtured. My family believes that. That is why from a young age I was prepared by being sent to a foreign land with limited financial resources, and needed to earn extra money. The process continued until I was in college, where I earned spending money, as well as recognition, by learning with the best people via internships at PWC and L’Oreal.”