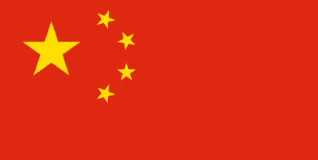 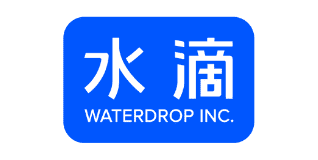 Bringing healthcare to all

It all started when Shen Peng was a senior executive at Meituan in 2016. As a founding member of the company’s food delivery arm Meituan Waimai, China’s largest food delivery service, Shen managed the company’s thousands of delivery staff. Many of them were unable to afford expensive medical treatments for themselves or their families. Moved by the plight of one deliveryman’s mother, who had a brain tumour and needed urgent surgery, Shen launched a company-wide donation drive which raised RMB60,000 (about US$9,000). The success served as a catalyst for Shen to help others beyond his company. That same year, Shen left Meituan to launch Waterdrop. In just one month, the company received an angel investment of RMB50 million (US$7.7 million) and quickly grew in popularity.

By 2020, Waterdrop’s crowdfunding platform had raised RMB37 billion (US$5.7 billion) in donations with the help of over 340 million donors, assisting over 1.7 million people with their medical bills. This makes Waterdrop the largest crowdfunding platform in China with a 65.4% market share, drawing traffic from China’s poorest populations. As for the company’s Insurance Marketplace platform, it has amassed over 19.2 million paying insurance consumers. Not bad for someone who is barely into his 30s.

In fact, Shen already began to be recognized for his achievements while he was still in his 20s. In 2017, Shen earned a spot on the Forbes 30 Under 30 Asia list and the Forbes 30 Under 30 China list. The Hurun Report, a leading research platform with an international reach and best known for its China and India Rich List, also included Shen on its 30×30 Entrepreneur Leaders list in 2017 and 2018, which recognised leaders under 30 in China. Now in his 30s, the accolades continue to roll in. Not only has Shen appeared on the Fortune 40 Under 40 China 2020 list, he was also elected to become a member of the Young Entrepreneurs Committee of the All-China Federation of Industry and Commerce, and was formally appointed a visiting professor at the Business School of China University of Political Science and Law.

Shen was born in 1987 in China’s Shandong Province to a father who was in the insurance business. Perhaps it is not surprising then that Shen found himself pursuing the same career path as his father did, although in unexpected ways. In fact, Shen credits his father as his first role model and someone he learned a lot from, a man who Shen describes as having a very innovative spirit yet is extremely down to earth.

It was also a childhood event that explains Shen’s penchant for e-commerce ventures. When an accident left him bedridden for a time, Shen’s father allowed him to use his laptop to keep himself entertained by browsing the Internet. Although trapped in the hospital, it was an exciting and unforgettable discovery for young Shen, since this was his first time being online. The wealth of information at his fingertips opened up a whole new world right before Shen’s eyes. Over the years, Shen sharpened his business acumen via information online and credits the Internet as an inspiration for his business pursuits. His formal education, however, came from Beijing’s Central University of Finance and Economics, where he graduated from before joining Meituan. Shen also completed the Global Entrepreneur Leadership Program at Tsinghua University in Beijing as he was launching Waterdrop.

Though only in his early 20s when he joined the fledgling Meituan as one of the founding members, in the six years that Shen spent there from 2010 to 2016, he played an instrumental role in the company’s growth. Working closely with his supervisor at the time, Meituan CEO Wang Xing, Shen quickly picked up crucial skills and tricks of the trade that went on to help him in his future endeavours. Shen rapidly rose through the ranks of Meituan in record time and made immense contributions to the company’s meteoric success.

At the height of his career at Meituan, however, Shen chose to leave the company. While this may have seemed like a surprising and even unwise move, Shen knew what he wanted to do. Shen believes that his life’s meaning is to “never settle” and with his entrepreneurial spirit burning bright, he left China’s leading food delivery company to start his own company, Waterdrop.

Shen has big dreams for Waterdrop – to bring quality and affordable insurance and healthcare services to millions of people through technology. He concedes this will not be easy, but the upside is that his company will be able to provide better medical services and treatments at a lower cost to users. By doing so, Shen will bring great change to China’s health insurance and medical services industries.

Shen’s advice to young people, who may be in the same position he was just 10 years ago, is simple – there are no shortcuts in life and there are certainly no shortcuts to success. Be responsible for your own growth, take the opportunities that come your way, go wild while you are young, and be positive and ambitious. At the 2021 graduation ceremony for China University of Political Science and Law, Shen shared his views on the “lying flat” trend in China, which refers to young people being content with their current status instead of being ambitious in life.

“The competition and pressure faced by young people is increasing,” he said. “It is easy to find a reason to ‘lie flat’ but I want to tell these young people that those who strive, struggle and find their own opportunities are the ones who will make a difference.” Spoken like a true entrepreneur.

“The best inspiration for young people is other young people. Shen Peng’s noble goal of helping people with their medical bills and his drive to succeed make him the perfect agent of change in the insurance and healthcare industries.”