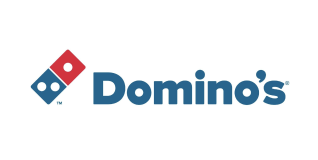 “Staying true to their promise of It’s All About You“

Shamsul Amree puts creative technologies and customer-centricity at the core of the business to deliver Domino’s brand promise of “It’s All About You”.

When it comes to eating pizza, everybody who loves the popular food knows the name Domino’s.

Today, Domino’s Pizza is available in all major cities in the country for Malaysians to enjoy fresh and delicious pizzas as it strives to become the #1 food delivery in Malaysia.

In August 2022, Domino’s Pizza entered its next phase of evolution and growth by becoming a part of the largest Domino’s network outside of the United States of America (USA) via an acquisition by Domino’s Pizza Enterprises Ltd (DPE) an Australian-based group which operates more than 3,400 Domino’s stores in ten markets around the world.

Domino’s Pizza Malaysia is the largest Domino’s market in Southeast Asia, with 240 stores in the country.

The team in Malaysia, led by Shamsul Amree, Chief Executive Officer of Domino’s Pizza Malaysia, will continue to serve its Malaysian customers.

But things were challenging in 2019 when Domino’s Pizza Malaysia had its CEO Shamsul Amree Ab Rahman facing a double whammy caused by the removal of GST and then by the arrival of the Covid-19 pandemic.

When GST was first introduced in 2015, Shamsul Amree recalls that Domino’s took up the Malaysian GST system to lower the selling price but when it was removed, their profit margins decreased as they no longer enjoyed the tax credit.

“We had the lowest sales and profitability for almost all of 2019,” he said, “and although we increased the price slightly, it backfired as consumers were now enjoying low price offers by emerging aggregators disrupting the food delivery business with their new tech and value-for-money delivery offers and choices.”

For the first time, customers had options they never had before. While it was great for customers, it diluted the market for Domino’s and caused major challenges as increased cost to the business.

Shamsul Amree knew he had to think of something to stop the business’ downward slide and the first thing he realised was that they had to change from within to step up.

Building Muscle and Strength to ‘Fight On’

Identifying food delivery timing as one of the first steps to stepping up, “I launched the ‘Fight On’ campaign and reset our mindset to get us ready for the new landscape in food delivery,” he recalls.

To stand true to their brand promise of Its All About You, ‘Hot, fast and consistent delivery service with a value-for-money promise of 30-minute guaranteed delivery and 15 minutes take-out’, “We had to build muscle, strength, and belief in ourselves. UFC fighters in MMA inspired me, thus Fight On MMA (Measure Meaning Action) was born,” he said.

Fight On was MMA (Measure, Meaning, Action) that came with four priorities:

─ Have sufficient RIGHT Team with clear FACE (Functional Accountability) and PACE (Process Accountability) with the measure of full completion of critical leadership and specialist positions.

department through process improvement and removal of non-value-added processes.

The management also had to make tough decisions to review and reduce leadership and specialist positions to be leaner and do more with less while resetting job standards and implementing the leadership pipeline model.

Taking On the Pandemic

However, just when things were starting to take shape, Covid came along and threw another spanner in the works.

But by this time, the Fight On mentality was already running, and his team was ready and proactive in responding to the pandemic.

“We anticipated the challenges and worked on key actions. We were clear that Covid put us in our position of strength with our delivery and digital online capability as we saw it as an opportunity for Domino’s and its team to rise to the occasion and live up to its promise in its tagline of ‘It’s All About You’. The majority of the team worked day and night taking no off days to come up with new processes, procedures and tools to operate during the lockdown,” he explained.

They were also fast to deal with employees’ apprehension around Covid-19 and reached out to every employee in the organization to address their concerns. They established a single source of truth in communication and created a temporary portal for all Covid-related matters. Everyone was encouraged to ask any question of their concern with work and with Covid.

“I recall spending hours and hours helping my team respond to the questions, posting them

online in our portal and made video recordings to share my message to everyone,” said Shahrul Amree. “The key message was: we were the frontliners and we were serving our nation during this crisis. We were the first to roll out contactless processes to customers and our stores were all opened. We enjoyed the highest attendance and punctuality throughout the year.”

On June 9, 2020, Domino’s Pizza Malaysia launched its all-new, revolutionary “Pandu Ambil” takeaway service app, and firmly established themselves as the pioneer and shaper of the standards in delivery service in Malaysia.

Domino’s was the first to roll out such an app where, with a touch on the mobile phone screen, customers could make an order, track it as it was being cooked, take a drive to the outlet, press an “I’m here” button and a Domino’s personnel would deliver the order to your car ─ all without having to park or wait.

“This was the most leading-edge invention that still holds the record for being the most cost effective to launch, fastest and most impactful innovation and implementation ever,” says Shamsul Amree.

The project was supposed to involve a relatively high cost with a six-month minimum timeline, “But we managed to get it up and running in four weeks in the most cost-effective way. We were super focused and had crazy synergy from everyone to get this project done,” he remembers, adding that almost everyone in the market has followed suit to copy Pandu Ambil but no one could do end-to-end service like Domino’s system does.

Shamsul Amree said 2020 was the turning point for Domino’s Pizza Malaysia. “After all the hard work done in 2020, we reaped the benefits and had a huge lift in 2021.”

Their customers returned, their sales skyrocketed and their margins expanded to an all-time high.   Domino’s Pizza Malaysia ─ thanks to its CEO with his determination and people centric passion ─ is now poised to take off like never before.

“There are many ingredients needed for managing a food business successfully but the most important one lies in customer centricity. For Shamsul Amree, his belief that the true testament of customer centricity ─ the driving principal behind “It’s All About You” ─ comes from putting them at the core of the innovation process, be it for the menu, service, channels, or delivery. That’s the secret sauce to Domino’s success in Malaysia.”