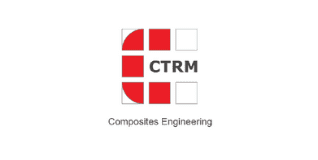 Selangor-born Shamsuddin bin Mohamed Yusof is a 30-year veteran in the electronics, automotive and aerospace industries. After graduating from University Technology of Malaysia in Electronic/Electrical Engineering, he worked his way up through various multinational companies and industries to the position of Chief Executive Officer of Oriental Summit Industries, a subsidiary of DRB HICOM in 2009.

CTRM is recognized as one of the largest aerospace composites components manufacturers for commercial aircraft globally. Its major clients are Spirits AeroSystems and Collins Aerospace. With 42 percent of aircraft deliveries expected from Asia Pacific over the next 20 years, CTRM is poised to compete in the highly competitive industry – which by 2024 – will have a global market size of US$3.8 billion.

To remain competitive, CTRM’s six key initiatives are expanding its business, developing its research & technology and its people, and excelling in operations supply chain and sustainability.

Shamsuddin is no stranger to growing companies and developing its people and services. He credits his late mother and secondary school headmaster as role models who helped build his character. Shamsuddin, who came from an impoverished family of eight, learnt from his late mother how to adapt to changing circumstances and to endure hardships in order to survive. Headmaster V. Chakravarthy’s perseverance in transforming Setapak High School from an institution with disciplinary issues to one that excelled academically, also made a long-lasting impact on the CEO.  Shamsuddin has since applied the same qualities to his career, with exceptional results.

He joined CTRM in March 2016 during an operational crisis. Its clients including Airbus were skeptical that the company could deliver on its promises. Over the span of a year, Shamsuddin relentlessly transformed the business. From 2017 the company began receiving a string of awards, culminating with the icing on the cake – “Airbus Best Performer 2019.”

To accelerate the process of the development of future leaders, Shamsuddin has endorsed a ‘mentor and mentee’ concept. This is due largely to the fact that Shamsuddin himself had the opportunity to serve a number of credible leaders whose outstanding leaderships contributed significantly towards his career development.

Although Shamsuddin is an easy-going and approachable leader, he does not condone sloppy work. Under his leadership, his employees have grown to be punctual, proactive, effective team players and problem-solvers. Shamsuddin also knows when to step in to offer advice, and when to step aside for personnel to make the decisions.

CTRM has turned into a strong and stable company with international, regional and national accolades especially within the last five years. Strategic and analytical planning and decision-making seems also to have paid off. To date, CTRM revenue has reached almost US$235 million++ as compared to US$155 million++ in 2016.

With Shamsuddin at its helm, the company is poised to garner more awards and achievements, and groom a new line-up of successful leaders. Winning at the ACES means that the top executive is able to share the highs and lows of his career journey, and inspire the younger generation to be outstanding leaders.

“CTRM’s waste management efforts have brought about a 14 percent reduction in the money spent on waste disposal at landfills.”