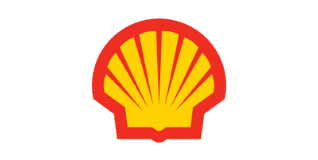 “For Country and Countrymen“

Those who know Don Paulino will say that he is someone with a lot of passion for his work. One of the things he is most passionate about is his desire to see his nation and people prosper. For him, this prosperity is closely linked to being energy independent with the development of indigenous energy resources. Don envisions a future for the Philippines that is bright and progressive, as a country that nurtures its own industries and elevates the status of its people through constant innovation and the development of renewable and sustainable energies for a cleaner environment.

It is, therefore, not surprising that Don took over the helm of Shell’s Malampaya Deep-water Gas-to-power project in 2016, a project that began operations in 2001 and signalled the birth of the natural gas industry in the Philippines. Not only has this project reduced the country’s oil imports, it has also reduced the country’s dependence on fossil fuels by up to 30%. The project supplies five power plants in Luzon, the country’s largest island, with a total capacity of 3,200 megawatts. The cherry on the cake is that the air quality in Luzon has also greatly improved.

In 2015, Malampaya’s Depletion Compression Platform (DCP) was completed, making history as the first offshore oil and gas platform designed and built in the Philippines, opening up many job opportunities for Filipinos and helping them carve out a career for themselves in the energy industry. The project reached new heights under Don’s leadership, generating US$11.9 billion in direct revenue for the Philippine government.

As someone who values the importance of developing and empowering homegrown talent, Don prioritises the training and upskilling of the local workforce to ensure they have what it takes to compete regionally and globally. Under Don’s stewardship, Malampaya now boasts a workforce that is composed entirely of Filipinos for both its onshore and offshore operations, including its underwater services team.

Additionally, under his leadership, Malampaya recorded zero reportable incidents in the three areas with the highest hazard risk: personal, process and transport safety – proof of the company’s adherence to the highest operational safety standards. For his contributions to the Malampaya project and his efforts in elevating the skills of his team to world-class standards, he was honoured with the Gawad Dr. Pio Valenzuela Recognition of Excellence in the Profession category in 2017.

As part of the effort to improve lives and living conditions, Don actively engages and oversees a number of foundations and projects in four major areas: public health, environmental conservation, power and electricity. These include the Malampaya Foundation, Inc., which has restored and repopulated endangered marine species in Palawan and reduced overfishing and illegal fishing methods; the Mindoro Biodiversity Conservation Foundation, Inc., which shelters wild animals that were harmed or illegally traded; Bio-intensive Gardening programmes, which provide training in organic farming and environment-friendly gardening; the Kilusan Ligtas Malaria programme in Palawan, which has reduced illness and death by 91% and 96%, respectively; and the Save, Invest and Nurture Access to Green Energy (SINAG) programme and Access to Energy (A2E) project, which brought electricity to remote areas in North Palawan by providing residents with solar energy kits along with access to clean water.

Don’s leadership qualities, his passion for work, and his genuine desire to serve the public and give back to his community and country through social performance are surely an inspiration to many. While his contribution is immense, his work is not over. As he continues to champion for energy independence for the Philippines, he does so with the belief that the best is yet to come for his nation.

“The Philippine oil and gas industry is lucky to have someone like Don Paulino who prioritises the wellbeing of his country and fellow citizens and passionately pursues projects and programmes that have the potential to bring about positive change. There is much to feel inspired by.”