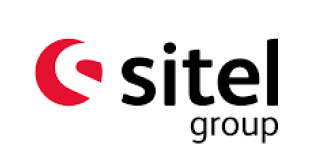 Success across all parameters.

As Chief Operating Officer for Sitel Group® in the Philippines, India, Australia, New Zealand and China, Ravi Iyengar is responsible for all aspects of operations in the Asia Pacific region. Iyengar was promoted to this role in 2019 after leading Sitel® India for eight years. He led Sitel India to become a Center of Excellence for the group with strong and balanced results across Financials, People Metrics and Client KPI Performance.

Armed with an MBA in Marketing and an Electrical Engineering Degree, Iyengar is a veteran of 32 years in the IT & ITeS industries  in India and the Philippines. Prior to joining Sitel Group, Ravi was the CRM delivery leader for IBM Global Process Services in Bangalore, responsible for diverse verticals like BFSI, Utilities and Telecom.

Citing his father as his role model while growing up, Iyengar was inspired by how he climbed his way up from an engineer to become a well-respected top executive in his field. Iyengar admired his father’s work ethic and ability to manage situations, a trait that he tries to apply to his work as a leader today.

He also draws inspiration from Thomas Edison and Sumner Redstone. A quote from the latter inspires him to tackle challenges and face them as learning experiences: “Great success is built on failure, frustration, even catastrophe.”

Iyengar describes himself as a humble leader, willing to listen to other’s opinions and changing his own when a better one is offered. He acknowledges that while he cannot possibly be good at everything, he is good at judging others and so, has been able to build a strong, multi-faceted team that can thrive in a variety of situations.

Considering himself as a hands-on leader who can get into as much detail as required for the situation, he thrives in being a people leader with the ability to make tough decisions when and where these are needed. Iyengar credits his leadership style to his personality, honed through learnings in school and work experiences.

Acknowledging that good leadership can be taught, he stresses that some aspects can be learned through theory and subsequent practice, while others need a more hands-on experience, requiring a good mentor.

To Iyengar, winning at ACES 2022 will be one of the proudest moments of his life and will drive him to help shape a whole new generation of leaders who can leave their mark in the industry and across the globe.

Sitel Philippines Corporation was established in 2000 and is part of the Sitel Group, a leading player in the customer experience industry, currently ranked as one of the top three global leaders. Leading transformational customer experiences and connections through various industries such as retail, travel and hospitality, healthcare, banking and finance, telecommunications and many more, the Sitel Group workforce in the Philippines is comprised of more than 40,000 highly skilled associates across 16 sites.

Well-recognized in the industry, Sitel Group has been the recipient of numerous accolades. Among of them are the Gold 2022 Stevie Winner for Employer of the Year; Gold Award winner in the 9th Annual 2022 Sales, Marketing, Customer Success, and Operations Awards for Innovation in Customer Service; and Bronze Stevie Award in the Corporate Social Responsibility (CSR) Program of the Year category at the 20th Annual American Business Awards.

“ Ravi Iyengar is an outstanding example of what it takes to become a top executive. An ability to change opinions when faced with salient new findings, a hunger for organizational financial growth, an understanding of people metrics, and a deep commitment to client KPI performance makes him a luminary in his field.”