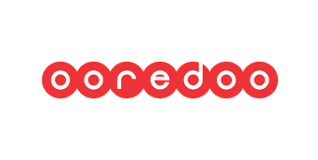 Najib Khan characterizes the new breed of industry leader: one who makes a mark in a country not of his origin, and who sees the similarity in needs and wants the world over.

“It Khan get better than this.”

Imagine you’re at an island resort. As you walk, the path in front of you lights up, almost like in Michael Jackson’s Billie Jean music video. You can use your mobile phone to unlock your room door. You can speak to your own personalized digital butler as you arrive in your room, order and ask anything you like about the resort, watch the same Amazon/Netflix shows that you do at home. You could purchase stuff while in a resort by clicking on the QR code on your smart phone and get it delivered to your room, add to your bills on your check out. Such Internet of Things (IoT) and digitalized lifestyles are possible in the Maldives thanks to Najib Khan.

Najib Khan is the MD & CEO of Ooredoo Maldives PLC. born in Mumbai, India. As a child who was quite reserved, he was driven by a passion to drive his fears by attempting the unknown.  Once he realized that he needed to be the opposite, he took part in activities to conquer his fears, even those that had only a slim chance of success. He took up athletics to be more of a go-getter. This ignited his spirit to perform and outdo others. It also helped him to deal better with frustrations and disappointments. A true sportsman, Najib has played more than 20 types of sports.

To say that Ooredoo Maldives PLC is just a telco maybe something of an understatement. It has morphed itself into a digital lifestyle services provider in the Maldives. From telecom, gaming, entertainment to ecommerce and digital financial services, Ooredoo Maldives is enriching the digital lifestyles of the people of Maldives across the 188 islands and 150 resorts. They have developed systems integration for resorts, government agencies, banks, corporate customers and an e-commerce platform similar to Amazon. They have executed the largest IPO (initial public offering) in the Maldives ever, raising MVR 421,357,800 (about USD 27.4 million) and driving participation from retail shareholders. Their Magey Plan (DIY) allows customers to customize their plan according to their chosen validity and type of service. Also, their customer service digital platform (Evee) uses AI to support customers via voice, chat on Viber, Facebook, WhatsApp and twitter. In 2019, they launched an e-commerce marketplace platform and app called ‘Moolee’. My Ooredoo app combines telecom services, financial services, and e-commerce marketplace into a single User Interface, transforming it into a ‘Super App’.

Who is Najib’s role model? Even though he has several, his biggest inspiration is his late mother whom he was very close to. From her, he learned the values of planning, being meticulous, boldness and to give more to others than receiving. He worked in Bharti Airtel for 14 years and, he particularly admires is the Chairman of Bharti Airtel, for his tenacity and single-minded focus of building an institution. Many successful leaders thrived there and contributed immensely to the growth of telecommunications in India.

Najib admires Steve Jobs’ eye for details, pushing towards perfection uplifting Apple to an enviable status. In particular, the Jobs’ quote, “People do not really know what they want until you show it to them,” inspires Najib to implement that same creativity in the Ooredoo product departments: to create what is not yet there, to “read things that are not yet on the page.”

Najib believes that leaders should credit success to their teams and own the failures. He says even though leaders need to focus on the long-term goals, they still need to pay attention to the details in the short term to drive value for shareholders and employees. Many large brands may have gone under because they left the short term to chance. Continuous innovation is his mantra for a successful business.

How does Najib define success? He strongly believes that in order to be successful, executives need to be effective and impactful. They should think about impacting lives of their teams. Leaders, he says, should have a sense of purpose to transform, and do what little they can to help make the lives of the people they lead, more fulfilling.

As for his leadership style, Najib likes to be a co-creator, a “playing captain” type. He thinks strategically, articulates a vision and also, at the same time, works with the team to think through the details. He believes strongly that leaders should generate an escape velocity to create more leaders under them. Building people is good leadership. His emphasis has always been ‘Work Culture’. Culture of an organization can transform a poor strategy into successful outcomes. The proof of a successful strategy is detailed within the execution excellence of the strategy.

“Najib Khan characterizes the new breed of industry leader: one who makes a mark in a country not of his origin, and who sees the similarity in needs and wants the world over.”