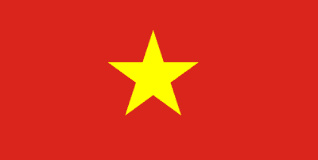 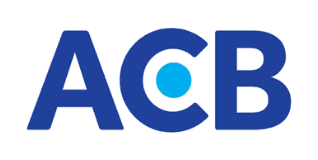 “Rebuilding a Legacy Towards a Sustainable Future“

Trần Hùng Huy sharpened the fangs of a “wounded tiger” through decisive leadership and a sustainable vision in commercial banking.

Established in 1993, Asia Commercial Bank (ACB) is a Vietnam-based financial institution that offers commercial banking services, with a focus on retail and SMEs. In the initial stages, the bank focused on the pursuit of opportunities, growth, and building of advantage with key processes and simple rules to provide sustainable growth and increased value for its stakeholders. By the end of 2011, it became the largest in terms of assets among joint-stock banks—behind only the big four state-owned commercial banks.

In August 2012, the then CEO resigned, following a corporate governance incident that impacted various bank activities, especially relating to gold deposits and gold loans. This was followed by the resignation of the then Chairman, who resigned in September 2012. The entire incident triggered a few days’ bank run which costed nearly one-third of the bank’s total assets and deteriorated its profitability. Trần Hùng Huy, who was the bank’s 34-year-old director at the time, was elected to succeed in the chairman role and remains in the position until today.

Trần climbed up the ranks after joining ACB as a market research officer in 2002, bringing with him an MBA and bachelor’s degree with triple majors in business administration, finance, and international business from Chapman University (USA), as well as a DBA from Golden Gate University (USA). He was later appointed Deputy CEO in 2008 and functioned as Chief Human Resource Officer, before gaining experience in investment banking while working in the M&A advisory team of Rothschild Group (UK) from 2010 to 2011.

Although ACB was touted as a “wounded tiger” after the 2012 crisis, Trần acted swiftly in bringing about major transformations to the bank, particularly in ensuring its sources of funding were more diverse and stable. Within the first two years of his chairmanship, the board and management successfully recovered the bank’s deposit size and improved profitability.

In addition, Trần implemented leadership practices that focused on building vision and core values, restructuring the bank, building people and cultural change, leading innovation, and promoting environmental consciousness among the bank’s employees and customers. Not only did these strategies effectively resolve all legacy issues by 2017, but they also restored ACB’s position to one of the top performers in Vietnam with a return on equity (ROE) of 27% and 25% in 2018 and 2019 respectively.

Trần is also a strong believer and champion of the environment. He introduced various initiatives to raise awareness on the importance of managing waste and how to keep the environment green. The ‘Closer to Earth’ campaign is one noteworthy example, which entailed a ‘Go Paperless’ project to reduce paper usage company-wide, in addition to a new policy to abandon the use of plastic bottled water and single-use plastic bags.

Thanks to Trần’s impeccable leadership, ACB has achieved multiple prestigious local and international awards over the years. Trần himself has also been named ‘Outstanding Entrepreneur’ and ‘Master Entrepreneur’ for transforming ACB into a resilient and competitive company under his chairmanship.

As of June 30, 2020, ACB has 11,200 employees across 369 offices in 47 provinces and cities in Vietnam, serving roughly three million customers. It is also one of the first 10 banks among the 35 domestic commercial banks to be selected by the State Bank of Vietnam to apply Basel II standards since 2019.

Looking forward, Trần hopes to lead ACB in its mission to be among the three most profitable banks in Vietnam. To ensure its sustainable development, ACB will invest in technology systems, human resources, and brand innovation to develop an ecosystem that will boost customer acquisition, market share, and profitability.

“It’s a tall order to restructure a financial institution while resolving its legacy issues, but Trần Hùng Huy achieved both in under five years and continues to steer Asia Commercial Bank towards a sustainable future with a strong vision and core values.”