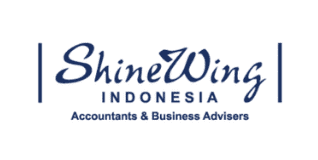 Suharli, Sugiharto & Rekan (SSR) is a public accounting firm, with supported by its consulting and business advisory group, of strong presence in Indonesia. The firm achieved prominence by delivering high-quality auditing and other assurance services around the region. SSR further cemented its position as an industry leader when it joined ShineWing International to provide similar comprehensive services to its clients around the region.

ShineWing Indonesia boasts a premium and global clientele to their name. The firm’s prime services have managed to capture loyalty, not only from domestic clients, but also from international clients from many multinational companies around the world.

ShineWing Indonesia stands out by positioning itself as an Archipelago Firm. This Group is present in many provinces in the Republic of Indonesia, and is intended to support national economic development throughout the archipelago.

The other unique positioning of ShineWing Indonesia is Asia Pacific Business hub. This grup has consultants and business advisers dedicated to serving clients from countries such as China, Korea, Japan, Australia, Germany, Switzerland, which allows them to have a competitive advantage to complement market needs that are not addressed by the Big Four (Deloitte, PwC, KPMG, and Ernst & Young).

Aside from that, ShineWing Indonesia has its unique potitioning Indonesia Investment Gateway, which is an FDI division for incoming investments into Indonesia that doubles as a special team for investment and funding activities in other countries. Their Business Outsourcing Division provides services for establishments, administration outsourcing and also supports Indonesian companies to establish overseas.

ShineWing Indonesia’s focus on creating a world-class organisation with a team of highly skilled professionals has done well to contribute to the firm’s stature, continuous growth, and ongoing success. During the pandemic, ShineWing Indonesia continued to grow its revenue and was able to hire new, qualified team members. ShineWing Indonesia also played a part in supporting the government’s battle against the deadly pandemic.

However, ShineWing Indonesia has also had a fair amount of challenges. Even though the ShineWing firm is a rising star in the Asia Pacific arena, it is still not widely known in Indonesia. Another challenge that ShineWing faced is acquiring new customers while still providing the same, high-quality service to existing clients and maintaining a superior rate of client satisfaction.

ShineWing’s visionary leader Michell Suharli takes up this challenge and is working towards translating his personal dreams into organisational visions through various efforts. When it comes to the employees, Michell Suharli strongly believes in the importance of empowering employees and engaging them in relevant learning and development programs. Those programs are focused on areas like competency, developing a world-class ecosystem in the organization and digital transformation.

Suharli firmly believes that employees of ShineWing Indonesia feel empowered to work at the firm and believe that they have the opportunities to build a legacy along with the growth of the firm. He adds that leadership skills can be inculcated among his team members through systematic leadership training and by giving team members the opportunity to lead a project or team.

As a leader who is both enterprising and compassionate, Suharli is also committed to making a difference in the world. Through its CSR initiatives, ShineWing Indonesia has been involved in many humanitarian activities such as Vaccination, Education, Pluralism; and Environmental, Sustainability and Governance (ESG) programs.

“Michell Suharli has ticked off monumental milestones in his professional career and has successfully galvanised his small public accounting firm, transforming it into the global network of independent accounting and consulting firms it is today, which is beyond inspiring.”