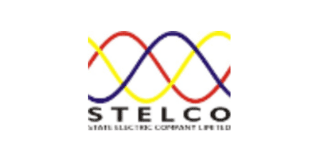 “The State Of Leadership.“

The energy to make a change.

State Electric Company Limited (STELCO) employs a huge number of engineers who provide technical expertise in multiple disciplines and who work in tandem with the government of Maldives’s developmental projects. Under the assured reins of its Managing Director, Hassan Mughnee, STELCO is the only company offering renewable energy solutions to the domestic market with user friendly payment facilities.

While Mughnee concedes that the company’s operations under the COVID-19 lockdowns proved particularly challenging, under his guidance and leadership the company has successfully provided all services efficiently without any interruption. Furthermore, none of its staff contracted COVID-19 from the office environment due to the timely precautionary steps that were implemented by the company.

Mughnee, who holds a Bachelor’s and Postgraduate degree, believes that a critical barometer of success is the freedom to pursue any interest that brings a person happiness and fulfilment. “The most successful person will have both the resources and the mental preparedness to do what it is that makes them happy,” he opines.

Mughnee, who cites astronaut Neil Armstrong and businessman, Lee Iacocca as his roles models adds, “In addition to this, a person can be considered successful if society looks up to him as a source of inspiration.” Fittingly, Mughnee himself was named Emerging Leader of the Year at the Asia’s Best Employer Brand Awards hosted by World HRD Congress.

STELCO focuses the majority of its Corporate Social Responsibility (CSR) initiatives on enriching the lives of the local communities and islands that it operates in. To this end the power company conducts its annual Apprenticeship Program with the aim of endowing the youth of Maldives’ local communities with career opportunities within the company. Correspondingly, the company prides itself on offering a multitude of learning and development programs to its employees. Employees also receive health and housing benefits including a scheme that offers them pilgrimage to Mecca. STELCO won the Riveli Award, bestowed by the President of Maldives, for providing the most number of employment opportunities to persons with disabilities. It was also among the Dream Companies to Work For, as listed by the World HRD Congress in 2019.

The company invests in developing staff who display outstanding performance by providing fully funded overseas scholarships. Selected staff are given the opportunity, annually, to complete their undergraduate and postgraduate degrees from reputable universities.

Additionally, STELCO partners with the government of Maldives’ Corporate Scholarship Scheme, under which the company has committed to fund the remaining portions of partial scholarships, thereby upgrading them to fully funded scholarships. The organization also facilitates powerhouse tours to students, from kindergarten to university, with the hopes of fostering interest in Science, Technology and Engineering.

STELCO has also developed parks in several islands, and a bus terminal fully powered by solar energy. In addition, the company Initiated the sale of solar panels to domestic customers in support of the government’s target to become carbon neutral by 2030. It has also renovated and restored historical monuments as part of its CSR initiatives to preserve Maldivian culture, religion and heritage.

“One of the most important characteristics that makes someone a good leader is an ability to understand the capabilities and potential of people,” Mughnee says. “While the inherent qualities of a leader such as knowledge, experience and communication skills are important aspects, a good leader will try to empower others around them to reach their full potential.”

“Under Hassan Mughnee’s leadership, STELCO has proven to be a true powerhouse of an organization. As one of the most aspirational places to work at in the Maldives, to the trickle down effect of assisted higher education, and clean, renewable energy solutions, Mughnee has brought clarity of vision and continuity of leadership to STELCO.”