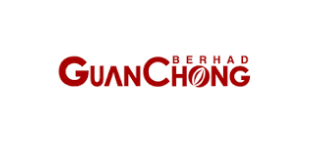 Incorporated in 2004, Guan Chong Berhad (GCB) is a Malaysian manufacturer of cocoa-derived food ingredients, such as cocoa mass, cocoa butter, cocoa powder, and cocoa cake, in addition to a full range of chocolate and couvertures that come in dark, milk, and white varieties, as well as in solid and liquid form. GCB became a publicly listed company in 2004, and was listed on the Main Market of Bursa Malaysia the following year.

In 2020, GCB diversified its business to also serve the consumer chocolate market through its expansion plans and acquisition of SCHOKINAG Holdings GmbH, one of the leading chocolate manufacturers in Europe. This has enabled GCB to add a “Made in Europe” mark to its branding and integrate its business into industrial chocolate and gourmet products, utilising its cocoa ingredients internally, and thus forming a complete supply chain.

GCB’s several other big business milestones include its acquisition of Carlyle in 2006, which helped the brand establish its presence in the USA; its expansion in Batam, Indonesia in 2011 and 2012 with a new plant and machineries which doubled its annual production capacity; and its investment in a state-of-the-art factory in Ivory Coast, which has enhanced its position and competitiveness in the global market.

Today, GCB is the world’s 4th largest manufacturer of cocoa-derived food ingredients, and now works with multinational chocolate manufacturers like Hershey, Nestle, Mondelez, and MARS, with sales to over 80 countries and a global footprint in Asia, Europe, North America, and Africa. GCB has also grown from a mere 6,000MT of grinding capacity to an annual grinding capacity of 277,000MT through strategic acquisitions and facilities over the years.

One of GCB’s strong suits is its focus on product development. Its R&D team also plays a key role in exploring and integrating the best manufacturing standards that improve its product quality, and it invests in technology and innovation by designing its own and purchasing machinery, staying abreast of the latest technology developments, and thoroughly understanding product requirements that address its customers’ needs.

GCB attributes its success to being resilient and adaptable to change in order to maintain profitability and business stability. Besides holding a noteworthy global market share, GCB prides itself on harnessing its positive reputation to build strong customer relationships across a diverse customer base, synergising its global operations with strategic locations for facilities and the diversification of product range based on market trends and demands, and the tactical positioning of its presence in Ivory Coast – the world’s largest cocoa bean supplying country.

GCB’s presence in the Ivory Coast has enabled it to purchase cocoa beans directly from farmers and therefore, lowering its procurement costs for raw materials and reducing its carbon footprint. This also allowed GCB to produce higher quality products with better yield, and ship duty free directly from Ivory Coast to Europe, rather than going through Asia. This has ultimately simplified the cocoa beans’ journey from origin to its final destination.

As a market leader, GCB’s expansion to the Ivory Coast also ensures the sustainability of cocoa as well as its beans, and fortifies its commitment to Environmental, Social, and Governance (ESG) principles across its operations. Being near its farmers has allowed GCB to efficiently plan and carry out sustainability projects on the farms, support the farming communities, and ascertain that its supply chain remains deforestation-free.

Some of GCB’s best practices that have been accredited, besides being a listed company, include a Sustainability certification endorsed by Fairtrade, Rainforest Alliance, UTZ Certification, a Halal and Kosher certification, and several certifications under the Food Safety Management System (FSSC22000, ISO 22000, and HACCP).

More importantly, GCB attributes its success to its experienced management team that has been agile in implementing timely business strategies relative to market changes, a collaborative working culture, a thorough hiring process, and having its processes audited by its MNC customers in a transparent way, which has culminated in the release of inaugural integrated annual reports.

Moving forward, GCB sees inflation as the most significant challenge the industry will have to face in the coming years. Besides comparing costs from suppliers while also ensuring no compromise in the quality of materials, GCB is circumventing the rise in labour costs through automation projects, mitigating the rise in energy costs by installing solar panels across its facilities, and overcoming interest hikes by pricing them into product costing.

Internally, GCB offers a competitive salary, remuneration packages, and other benefits. With its growth and expansion reliant on its most valuable asset, its people, GCB also places emphasis on work-life balance and career development, and prioritises employee development through its Management Development Training Program, which involves attachments and training in various departments as well as opportunities to participate in projects in its overseas subsidiaries, a Training Needs Analysis (TNA) framework to ascertain suitable training and learning processes for employees, and the Employee Assistance Program (EAP) that provides support to employees with regard to personal or work-related problems.

Mirroring its company name, GCB’s CSR program is aptly named “Good Cocoa and Beyond”, and ensures a sustainable cocoa supply by improving farmer income, benefiting farmers and their community, protecting the environment, and providing responsible cocoa towards achieving its goal of delivering 100% traceable and sustainable cocoa from its direct cocoa sourcing network by 2030. As a company, GCB also spearheads other activities across 3 pillars – Happy Employees, Thriving Communities, and Healthy Planet – under its “Caring Beyond Cocoa” program.

As ACES’ Industry Champions of the Year, GCB knocks its competitors out of the park through its steady growth and recognises the collective effort its people have put into growing the business for the past 30 years. GCB also thanks its employees for being a part of this journey, and hopes to attract more talent to work towards becoming a bigger multinational company.

“AIA Singapore has gone beyond premiums to focus wholeheartedly into the people aspect of the insurance business to superlative results. With the concerted, all-level push to humanising the welfare and well-being of all its stakeholders, from staff, AIA insurance representatives, and the insured, AIA Singapore has shown itself to be an admirable organisation, worthy of the highest ACEs accolade.”