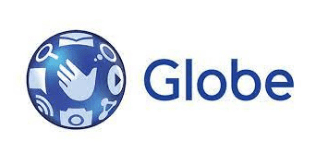 “Sowing the Seeds For A Globe of Good“

Globe Telecom Inc. is a leading full-service telecommunications provider in the Philippines that is publicly listed on the Philippine Stock Exchange (PSE). Better known as Globe, the company – founded in 1935 – now serves over 76 million subscribers with its suite of products and services, such as mobile, fixed, broadband, data connectivity, internet, and managed services. Beyond telecommunications, Globe also benefits people across other areas through its notable subsidiaries and affiliates, including a micropayment service and a venture company offering bootstrapping support to early- to growth-stage tech startups in Asia.

As one of ACES Awards’ Industry Champions of the Year, Globe has indisputably made its mark as a worthy captain of the telecommunications industry across Asia, showcasing a competitive edge that involves the setting of industry benchmarks and trends as well as commendable best practices. In a nutshell, Globe has demonstrated its adeptness in evolving its focus in accordance with the dynamic changes of the industry towards sustaining its position as an invincible market leader.

Over time, Globe has fortified a holistic and intricate ecosystem that champions innovation, quality service, and care for its customers and employees through several core pillars. For one, the purpose-driven company is rooted by strong values and a culture that shepherds its employees to fulfil the Globe Purpose which asserts, “In everything that we do, we treat people right to create a Globe of Good”.

Globe also enables its people to the highest degree in staying true to its Circle of Happiness philosophy which proclaims that engaged employees naturally lead to happy customers and satisfied shareholders. Similarly, the company ensures that its customers are granted tip-top service by creating memorable experiences through its products and services. As a high-performing company, Globe makes every effort to continuously refine and upgrade its connectivity and services, all while making significant contributions to its sustainability and nation-building efforts which include its corporate social responsibility (CSR) initiatives.

Despite dominating the market share since 2019, Globe does not rest on its laurels and consistently differentiates itself to stay ahead of its competitors. The telecommunications company does so by increasing its agility and future-proofing its business through its Simple, Digital and Agile (SDA) program that sets out to achieve ambitions that add long-term value, thinking digitally, and honing in on its customer-centricity mindset to ascertain strong relationships with its customers to elicit loyalty by solving prevalent pain points and challenges.

Being the top telco brand in the Philippines, Globe has had its fair share of outstanding achievements. With that said, the company has also outperformed under the unfavourable circumstances presented by the COVID-19 pandemic. As part of its information campaign to combat the pandemic, Globe’s Employee Engagement was rated 93% with communications ranking as the third highest source of engagement while being recognised as the only Filipino company to be part of the Willis Towers Watson’s High Performing Organisations.

Globe also adopted a bot revolution as a precautionary measure. This included the launch of DUDE bot (Digital Usher for Disaster and Emergencies) for employees to complete their health check-ins, which totalled up to 1,271,393 daily check-ins in 2020 alone. It also automates instructions for employees in the event of present symptoms, and is used to disseminate information about mental health with a link to its partner, Hopechat. A recognition bot called Wanda was also developed for employees to commend and encourage one another, alongside an increase in the utilisation of Globe’s Workplace by Facebook platform.

Additionally, Globe launched 5G in the country and expanded its 5G footprint, which now covers 1,045 areas nationwide. In order to mitigate the risks of the pandemic, Globe subsequently launched its GCash mobile wallet which became the most downloaded app and number one finance app in the country. Throughout the course of the pandemic in 2020, Globe also managed to clinch numerous local and global awards for its revolutionary efforts.

Year after year, Globe assesses its business and embarks on an ambitious overhaul of its products and services to consistently deliver on its commitments to its shareholders and stakeholders while remaining dynamic as per the ebb and flow of the business landscape and demands. Furthermore, Globe adopts policies and practices that surpass requirements of applicable laws and regulations, and perseveres to sustain good corporate governance standards embedded in the company’s corporate culture and business conduct.

Globe’s corporate governance practices are contained in the Articles of Incorporation and By-Laws, and other legal documents, outlining the core of its operational framework under the ASEAN Corporate Governance Scorecard (ACGS) which adopts global corporate governance best practices and standards. In addition, Globe upholds the 10 United Nations Global Compact (UNGC) principles and the UN Sustainable Development Goals (UNSDGs), and has made it to the FTSE4Good Index Series for the fifth consecutive year in recognition for its environmental, social and governance (ESG) practices in shaping society’s sustainable future.

Concerning sustainability, Globe operates based on four strategy pillars: digital nation, care for the environment, care for people, and positive societal impact, and also goes the extra mile with its CSR arm, Globe Bridging Communities (GlobeBridgeCom). GlobeBridgeCom leads and supports sustainable development programs, resulting in enabled, empowered and enriched lives for employees and partner communities in order to do a Globe of Good.

Another key competitive differentiator Globe has is its relentless focus on ensuring the all-round well-being and satisfaction of its employees. Its extensive provision of support encapsulates employee engagement activities and programs, forward-thinking tools and programs, a competitive compensation and benefits plan including other tailor-made initiatives, volunteerism opportunities to enable them to give back, and extensive learning and development programs that support its employees in their professional growth journey.

Taking into account all of its business aspects that are centered upon fairness, accountability, transparency, integrity and sustainability, it is fitting that Globe tops the roster as one of ACES’ Industry Champions of the Year, thus affirming that the company is doing right by the people they serve and work with, particularly during these challenging times.

“Globe Telecom Inc. has rightfully dethroned the other behemoths of the telecommunications industry and the takeaway seems clear: Businesses that champion innovation, spearhead impact, and forge a culture of genuine care for all of its shareholders and stakeholders always rise on top.”