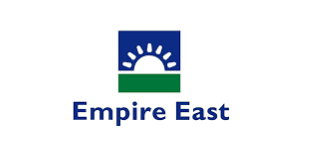 Making homes which are places of happiness and comfort is just the tip of the iceberg for this developer. The underlying strength of the corporation is the ability to listen to its markets and, intra-organization, the skill of listening to each other

Imagine that you’re a wizard, walking beside a lake. You get an epiphany and you decide that it would be nice if you lived near that lake, which is actually a lake-shaped swimming pool. So, you bring in, via teleport, a bi-level penthouse with a magnificent view, a gym, a kiddie pool and clubhouse bar, all nearby. Impossible? Not if you’re Empire East and you’ve just built the Kasara Urban Resort Residences.

Empire East Land Holdings Inc, a subsidiary of Megaworld Corporation, specializes in catering to the middle-income homes segment. Their gross revenue for FY 2019 was 4.922 billion pesos (about USD 98.4 million). The company celebrated their 25th anniversary in 2019.

What makes Empire East so successful is not just “location, location, location” as the popular cliché goes, although that is an important factor. Empire East builds quality homes in the midst of central business districts, schools, shopping centres and leisure hubs. They listen to their prospects and customers who deem it important that churches and retail therapy are just a stone’s throw away from home. As such the company’s mission is to build homes with a blueprint that reflects the reality and all-time wants and needs of aspiring homebuyers, integrated into dynamic communities engineered through innovative and pioneering lifestyle concepts.

What does something like that actually look like? Kasara Urban Resort in Pasig City has the ‘vacation every day’ look and feel as described. The other in-demand type of housing is the Transit-Oriented Development such as the ones in San Lorenzo Place in Makati, Pioneer Woodlands and Paddington Place, both in Mandaluyong City. The sweet confluence of Central Business District, accessibility to public transport, shopping, and schools guarantee that they will sell like hot cakes.

The jewel in the crown, however, will be the upcoming Empire East Highland City in Pasig-Cainta. There, in 24 glorious acres of master-planned Luxurious Uphill Community, will be the Philippines’ first elevated city. There are four phases to this project: the Highland Park,  Highland Mall, Highland Residences and the Chartered Club.

What are Empire East’s best practices? The first is Salesperson Accreditation. Empire East believes this is important because the documents, contracts, and transactions need to be checked thoroughly. The second is communication: their Open Door Communication encourages rank and file employees to communicate easily with the top management.

For example, their President Anthony Charlemagne Yu often stresses the importance of communication. He found out the challenges first hand, from the maintenance staff, drivers, and engineers. He helped out on-site and found out things that needed to be improved. Also, Empire East have policies in place for Customer Relations and Client Management. They utilize a systematic ticketing service and website live chat to support these efforts.

As part of their 25th anniversary celebrations, Empire East set the target to accomplish 25 CSR activities last year. They outdone themselves by achieving 37. Some of them include Project SAVE (Support for Adolescents and Voice for the Elderly), EXCELerate (Expediting Filipino education and literacy), and WELLthy (coordinating with local governments to ensure proper health within Filipino communities).

Having emerged stronger from the Asian Financial Crisis, Empire East has adapted and grown. They realize one of the biggest barriers to a purchase is financing. With that, they came up with Zero Down Payment and Flexible Payment Terms. Filipinos consider home ownership an important milestone and sign of success. These are the families who aim for a permanent home. These are the students who wish to be nearer to their schools and colleges. And these are the professionals who want to be nearer to their offices. For these people, Empire East is lowering the barrier and making them successful sooner.

“Making homes which are places of happiness and comfort is just the tip of the iceberg for this developer. The underlying strength of the corporation is the ability to listen to its markets and, intra-organization, the skill of listening to each other”