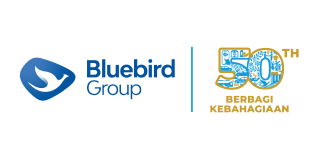 Woman Entrepreneur of the Year

Woman Entrepreneur of the Year

Dr. Noni Purnomo, the President Commissioners of PT Bluebird Tbk, proves that you can truly do it all.

Dr. (HC) Noni Sri Ayati Purnomo B.Eng. MBA, or more affectionately known as Dr. Noni Purnomo, is the President Commissioners of PT Bluebird Tbk – a leading Indonesian transportation corporation known for its Bluebird and Pusaka taxis, Bigbird buses, Silverbird executive taxis, and Goldenbird rent-a-car service. The Group has since diversified into other lines of business, including logistics, property, heavy equipment, and IT consultation.

Born in Jakarta in 1969, Dr. Noni Purnomo is first and foremost known as a self-made business leader who has time and time again smashed the country’s entrepreneurial glass ceiling while paving the way for other women to do the same. Beyond that, she is also an influential businesswoman, an active philanthropist, and a mother of 3 children, admired for her strong drive, irrefutable resilience, and nurturing spirit.

She completed her Bachelor’s degree in Industrial Engineering at Newcastle University, Australia before undertaking a Master of Business Administration, majoring in Finance and Marketing, at the University of San Francisco, USA in 1995. She was later awarded with an honorary Doctor of Letters (HC) degree from Newcastle University, Australia in 2019 in acknowledgement of her humanitarian and philanthropic contributions to society.

Despite being the grandchild of the Bluebird founder, she has had a humble start to her career and entered Bluebird as a technical employee in 1994. She was then promoted to an Operational Supervisor that same year, and in 1995, simultaneously took on another stint at the Jakarta Convention Bureau as a Market Research Officer. These roles were the primary stepping stones to her now illustrious career.

After completing her MBA in 1997, Dr. Noni Purnomo went on to establish a new division at Bluebird, namely Business Development, covering various areas such as Business Strategy, Marketing, IT, and Total Quality Management (TQM). After being appointed as President Commissioner and Commissioner in several Bluebird sub-divisions, she filled the position of Senior Manager of Business Development in 2001.

She subsequently served as President Director of Bluebird Group Holdings from 2013 to 2019, prior to being designated as the President Director of PT Bluebird Tbk in 2019. Throughout these years, one of her most pivotal accomplishments is having founded Bluebird Peduli, the philanthropic arm of Bluebird, co-founder of several Angel Investment Companies, and an active mentor of several startup companies.

Since its inception, Bluebird Peduli has institutionalised initiatives focused on education, women’s empowerment, environmental conservation, community, and cultural development. The women’s empowerment program called Kartini Bluebird, for instance, supports over 40,000 wives of Bluebird Group’s drivers and employees with small loans and training courses to start their own businesses, such as in handicraft and food and beverage.

Up until 2020, Bluebird Peduli has provided educational scholarships to over 33,000 children of Bluebird Group’s drivers and employees, and has assisted several scavenger school foundations. Bluebird also became the first taxi company in Indonesia to use electric taxis in an effort to speed decarbonisation, and has assisted the Community and Cultural Development sector with different affairs of the state.

Additionally, she is active as an Angel Investor through ANGIN and its investment company, and as a Mentor for startups and the younger generation through Menos, Answer and YPO (Young Presidents’ Organisation). This is aside from her recent efforts in supporting the preservation of customs and culture in Bali, in which she provides in the form of scholarships and other activities, such as the wayang orang dance alongside the Indonesian Cultural Satya.

Dr. Noni Purnomo has been exemplary not only in the economic development of Indonesia, but also in bolstering a better life for the country’s people. Evidently, her work over the years has garnered numerous accolades both locally and globally, with some recent ones being the UN Women Empowerment Principal’s Award (2020), the IDC Digital Transformation Award (2020), and the IDC Futures Enterprise Award as CEO of the Year in 2021.

Under her stewardship, Bluebird remained committed to growing its taxi empire despite the impacts of COVID-19, with the transportation sector being one of the hardest hit in Indonesia. Dr. Noni Purnomo has led the Group successfully, and often laments that “Only happy people can make other people happy”. This ultimately serves as the underlying foundation of Bluebird as a people-focused business.

Bluebird is also never averse to change and is consistently future-ready. For example, the corporation has taken on COVID-19 disruptions with stride. Besides ensuring that it operates in compliance with latest standard operating procedures in terms of hygiene and precautionary measures, Bluebird went one step ahead to launch Bluebird COD and BirdKirim to deliver provisions, such as groceries, to and from customers using its fleet.

Additionally, Bluebird rolled out digital payments with other added benefits in 2020 to do its part for a society that is less cash reliant through a partnership with Standard Chartered, and has embraced data more actively by piloting its own Internet of Things (IoT) system to enable its fleet of over 30,000 taxis and buses, besides working with Salesforce to visualise and analyse its overall data and insights to advance the company’s efficiencies and innovate.

As a female powerhouse with a slew of outstanding accomplishments under her belt, Dr. Noni Purnomo never stops striving to achieve more. She does this with boundless grace and always has a bigger picture in mind – reinforce Bluebird’s agility and bolster collaboration in order to maximise respective strengths for the amelioration of Indonesia. To that end, the magnate is truly deserving of dominating the ranks as 2022’s Woman Entrepreneur of the Year.

“People say the best way to predict a future is to create it. Dr. Noni Purnomo of PT Bluebird Tbk shows that you can really do it all when you have the right intentions and move forward with a selfless purpose. Having a leader who is as strong in her leadership as she is in her generosity is really hard to come by.”