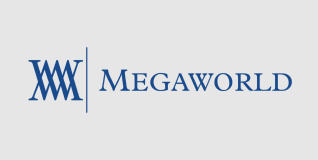 The sky is the limit for Andrew L. Tan.

Born in Fujian, China, Tan was only four years old when he and his family migrated to Hong Kong. By the time he was 16, they had settled in the Philippines, in an apartment less than 40 square meters in size, shared with three other families in Sta. Cruz, a district in the northern part of Manila.

Tan holds a Bachelor of Science in Business Administration from the University of the East in Manila. Fueled by the ambition to start his own business even at a young age, he considered his accounting subjects as his favorite.

Tan went into business in 1977, becoming a partner in a wholesale trading firm that imported home appliances in bulk and sold them to appliance stores. Two years later, in 1979, he established Consolidated Distillers Inc. and became a liquor producer, his first major step forward for him as a budding entrepreneur. He lost money for three years, but he never gave up, and he eventually turned the business around.

When Tan observed land prices skyrocketing in 1986, he believed that real estate could be the next big thing in his business career. He then formed Megaworld in 1989. Daring to challenge older, more established brands in the industry, he started building stand-alone condominium projects for the high-end market in choice locations. In 1994, Tan listed Megaworld  on the Philippines Stock Exchange, after an oversubscribed initial public offering.

The next few years went by smoothly until the Asian financial crisis struck in 1997, something that nobody from Tan’s generation had ever experienced before. It was a period that forced Tan and his team to re-examine Megaworld’s strengths and look for ways to capitalize on them.

During the crisis, the Philippine Peso plunged and interest rates soared. With real estate sales dwindling, many property companies in the country folded. Megaworld faced its own share of challenges and by 1998, its revenue was only half of what it was in 1996.

The effects of the crisis prompted Tan to rethink his plans for a large tract of land he had acquired in Libis, Quezon City. He sent a team abroad to study real estate concepts in Silicon Valley in the United States, Malaysia, Singapore, and India. The team recommended looking into the business process outsourcing (BPO) hubs of India’s Bangalore City.

Tan observed that the Bangalore-based BPO hubs employed young, highly trainable locals who were fluent in English, and realized that Filipinos shared these same traits. In addition, Metro Manila, the most densely populated region in the Philippines, lacked good transport infrastructure. Observing a logical synergy among office, commercial and residential developments, the township concept where people could live, work, play and learn in a single community was born.

That large tract of land was eventually launched under the name Eastwood City, in 1996. It became the first cyber park in the Philippines, and put the country on the global BPO map, as well as establishing Megaworld’s pioneering township. It was a landmark achievement, introducing the Philippines to a large-scale, master-planned setting integrating residences, offices, retail and commercial hubs and schools.

Today, Megaworld is the Philippines’ leading developer of townships and integrated lifestyle communities and now has 28 such properties located in key areas throughout the Philippines, spanning over 4,800 hectares. The company has also built 725 residential towers, 72 office towers, 24 lifestyle malls and commercial centers, and 15 hotels in these properties.

In 2020, Megaworld established its newest subsidiary, Agile Digital Ventures. This subsidiary expands the scope and scale of Megaworld’s digital strategy. By spearheading investments in digital innovation and technology, Megaworld further bolsters its key businesses as well as supports the food and beverage, retail, and hospitality industries.

A year later, amid strong demand from the investor community, MREIT, Inc. was successfully listed as one of the largest REIT offerings in the country. It provided another avenue by which Megaworld could unlock previously invested capital to support its growth plans. MREIT is envisioned to become one of Southeast Asia’s largest office REITs.

Tan’s commitment was not only focused on business but also on giving back to society. He founded Megaworld Foundation in 1997 as the non-profit corporate-giving arm of the Megaworld Group.

Education has always been an advocacy close to Tan’s heart. Coming from humble beginnings, his education helped him achieve his dream of becoming an entrepreneur and gave him the capability and confidence to pursue opportunities in industries that he was passionate about.

Megaworld Foundation supports 1,000 scholars from 76 partner schools annually through college scholarship grants for underprivileged youths. Tan is personally invested in these scholars, taking the time to meet them, know more about their lives, and share his insights. Upon graduation, these scholars are given a fair chance at available employment opportunities within Tan’s companies. To date, 92 percent of graduate-scholars are employed in the companies of Alliance Global.

Aside from education, the Foundation supports advocacies centered on children and the youth, the elderly, people with disabilities and other disadvantaged sectors, women empowerment, health care, social infrastructure, calamity response and environmental conservation.

The Foundation has since reached out to 16 regions across the Philippines with its advocacies, and has established nearly 300 partnerships with like-minded charitable organizations, institutions and foundations over the past 25 years.

“Andrew Tan’s from-migrant-to-mogul story is one filled not only with success, but the true heart of giving, as illustrated by his Megaworld Foundation which supports 1,000 scholars from 76 partner schools annually through college scholarship grants for underprivileged youths, culminating in employment in the companies of Alliance Global.”