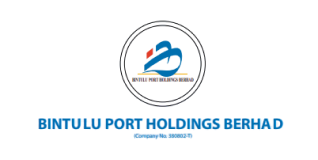 “Steering His Ship to New Horizons“

“Nothing can happen if you are not brave enough to make decisions” is a favourite quote and formula for success that Dato Mohammad Medan follows in putting Bintulu Port on the world map.

In describing his early life, Dato Mohammad Medan recounts growing up in a longhouse and being close to nature in the Bario Highlands, Sarawak, East Malaysia where he lived with his late parents who were farmers. Life in the village was simple, and the young ethnic Sarawakian learnt the value of focus from an early age.

Directing all his energies onto his studies and graduating in law from the University of Malaya, Dato Mohammad Medan was immediately inducted into the oil and gas industry from where he would spend the next 40 years of his career. His starting point was as a trainee legal officer in Petronas in 1982.

In 1990, he was handpicked by President and CEO of Petronas, Tan Sri Hassan Marican to be part of the core team that would take the Petronas business global. To this day, Dato Mohammad Medan is grateful to have been given the opportunity to be at the forefront of the Petronas’s globalisation plan as the experience was instrumental in shaping his own career trajectory.

Under his leadership, Bintulu Port has grown to be East Malaysia’s largest container port, the third largest port in Malaysia in terms of cargo handling volume and is Sarawak’s oil and gas hub and the nation’s sole LNG export gateway. Bintulu Port is recognised globally as the third largest LNG export terminal in the world exporting 24 million tonnes annually. It is also the main export point for edible oil products, handling 91% of Sarawak’s Crude Palm Oil storage. In 2020, Bintulu Port expanded its Marine services to Brunei.

Transformation into a World Class Market Leader and Port Operator

When Dato Mohammad Medan was initially appointed the Group CEO of BPHB in 2017, he made it his ultimate mission to transform Bintulu Port into a world class market leader.

“Since heading BPHB, it is this particular milestone that has made me proud as a leader,” he said. “My wish was for us to embrace competition, strive for greatness and to never give up our vision to become a world-class port operator. So, I called for an out-and-out evolution of the mindset and attitude in the organisation, following the strategies of the ‘True North Journey’ or TN30.”

For this endeavour, the Group created a Strategic Transformation Department dedicated specifically to transform the company culture and mindset. At the same time, they also initiated physical rebranding, changing to become more aggressive and more inquisitive on the potentials that they could reach and urging everyone to be forward thinkers which resulted in a massive improvement in management of both internal and external stakeholders.

However, transformation from the inside out was not without its challenges, particularly when it involved changing the mindset, behaviour and attitude of 1,559 employees.

“Change does not come easy as we are well aware of,” described Dato Mohammad Medan. “It can take months for one individual to form just one habit. Rallying an organisation towards a new vision, mission and direction meant going against the grain of what it had been comfortable with for decades.”

Admittedly, he encountered pushback from certain segments that preferred the status quo, and he concedes there were times when his leadership qualities were put to the test.

“I had to be steadfast, firm and be focused on TN30 myself ─ introducing new ways of doing things, enforcing accountability, removing complexity, simplifying our systems and processes, and establishing new governance and policies ─ before I could bring the organisation along with me,” he acknowledged.

Besides the employees, change was also needed in dealing with the authorities whereby they need to adjust to working closely with the government and central agencies in order to align everyone to a common interest and business objective, considering the port industry is highly regulated in Malaysia.

“Therefore, navigating these circumstances required tact and frankly, a lot of creativity. That is why one of the things we constantly stressed to the Management during transformation talks is the need to compromise and reach a win-win situation for everybody involved.”

On January 2020, the Group reached this milestone by becoming a port operator in international markets with the entry of their Marine Service Team into Brunei.  Initially, they focused on pilotage and towage operations, “but I look forward to providing more service offerings within and even beyond the Brunei market in the near future,” he said.

Another new height was reached on January 2021 when Bintulu Port changed the LNG landscape and officially became the first port in the ASEAN region to export LNG in International Organisation for Standardisation (ISO) tanks on a large scale. Achieving this milestone contributed to their revenue streams and drove their container sector forward into greener, smarter and more sustainable horizons. It is Dato Mohammad Medan’s vision to turn Bintulu Port into the first LNG ISO tank hub in the ASEAN region and efforts are being made on that.

In December 2021, another landmark was reached when the Group started providing container handling operations at their subsidiary, Samalaju Industrial Port Sdn. Bhd. (SIPSB). The Container Handling Operation caters to the needs of SIPSB’s investors in importing and exporting containerised cargo to and from origin and destined countries directly from the port. With the diversification of SIPSB’s service offerings, Dato Mohammad Medan is determined to attract more investors to operate at the port in the future.

“Charismatic leadership is key to driving success and prosperity for a business as it is about setting the right tone, communication, values, ethos and most importantly, trust. In steering Bintulu Port Holdings Berhad into unchartered waters in international markets, Dato Mohammad Medan was able to build that trust and galvanise his organisation into transforming itself from a 1980s terminal in Sarawak into a green, smart, world class market leader and port operator equipped with forward-looking people and state of the art facilities.”