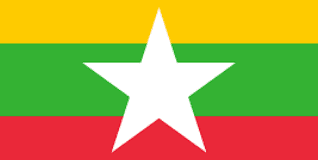 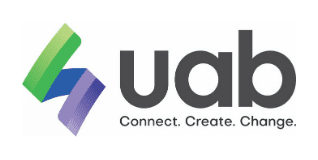 The sheer guts and tenacity demonstrated by Christopher Loh is bound to make him a megastar in Asian business. Loh embodies everything that is positive about the new Asian business leader, and will doubtlessly be a much sought-after mentor.

How one man turned a bank around.

The year was 2017. uab bank’s profits were dismal, and the Bank was spending 97 cents for every dollar they made. Christopher Loh was brought in, and turned it around. How did he do it?

He rolled up his sleeves and worked 18 hours a day almost every day. He analysed every single financial transaction lines. He visited bank branches to understand their operations. He browsed through all the Myanmar local laws and regulations that were as thick as bibles.

Over the next few months, he identified process loopholes, weak internal controls and loose spending. He immediately corrected them. Strong governance and internal controls were imposed and cultivated as part of uab’s culture.

Fast forward to 2019, Euromoney as well as Asian Banking & Finance named uab bank as Myanmar’s Best Bank for 2019. uab has had record-breaking profits for two years in a row, 2018 and 2019. They also initiated #BeTheChange Myanmar movement, helping underprivileged kids, youths and women. uab also gives scholarships and internships to the top students from the selected universities. They sponsor the talented badminton star, Thet Htar Thuzar and are supporting her quest to bring Myanmar their first-ever Olympics medal. They also sponsor the Myanmar contingent to the 46th Southeast Asian and Japanese Youth Program.

Approximately 2,000 employees (fondly called uabians) are full of praises and proud to be a part of uab bank. They have seen uab transformed from a second-league bank, to a bank that has now, carved its name on the same row with the bigger banks. They have adapted well, and are happy to see that their efforts have been well rewarded. Most importantly, they feel they have a future in uab: they don’t just have jobs, they have careers.

Loh admits he wasn’t very hardworking in his studies, but he more than made up for that with his work. Tough and independent, he sometimes had up to three four jobs during his younger days, including an insurance agent and part time media reporter in his home country of Singapore. Loh attributes his discipline and adaptability to his two years in National Service, to which he is eternally grateful. His determination to improve his and his family’s life has taught him to be humble, resourceful and to take charge.

Who does Loh admire? Surprisingly, no big name came to mind. Rather, he said he admired the generosity from the man who allowed him to sell snacks in the neighborhood when he was much younger, and paid him in kind. He also admires the determination of many young locals who do not mind to sacrifice their play and sleep time taking up extra jobs just to earn a few dollar more to support their families.

Loh’s motto of ‘agree to disagree’ means he and his team can have heated discussions in the meeting room but emerge united as, “one uab” once a collective decision is made. Together they decide on what is best for the Bank. Loh strongly believes in having the courage to create and lead the change, yet is still careful enough in the execution of plans.

Loh says he is a new breed of leader, similar to those of start-up companies, with big visions, courage to change, and is someone who always challenges the norm. He also says leadership cannot be taught “in a hardcoded way” but that good leaders can be groomed and coached over time.

Legacy and stewardship are what Loh believes in. He would like to be remembered as one of uab’s best CEOs, and see uab still stand as the best bank in Myanmar in 2050. He believes there is no end to success, as that it is a journey, not a destination.

“The sheer guts and tenacity demonstrated by Christopher Loh is bound to make him a megastar in Asian business. Loh embodies everything that is positive about the new Asian business leader, and will doubtlessly be a much sought-after mentor.”