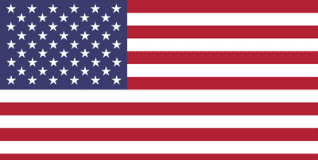 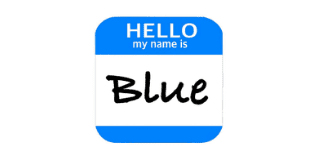 “The future is Blue”

The power of seamless connectivity.

Blue Social is a mobile application developed by Follow-Mee, Inc. The app imparts its users convenience by providing their social media accounts, payment information, music and company details with a simple tap. The mobile-app developer has also produced proprietary patent-pending technology called Auto-Networking™  which is the first Bluetooth based Ambient Network allowing for connectivity to the Internet of Things (IoT).

Blue Social’s mission is to change the culture of the way people network so that users on social media gain the ability to engage with each other physically after an introduction on Blue. The mobile app developer also aims to help build a world filled with camaraderie by amplifying social networking and making it easy for users to form authentic connections. In essence, Blue Social wants to inject the human touch into social media, aiming to provide a global network of friends to its users through its technology.

Initially, the tech-innovator went through a difficult challenge. It had a high success rate with the events industry, but there was still a lack of understanding on how Auto-Networking technology worked for the general everyday consumer. Blue Social then decided to launch a tangible, physical product. The idea was that the product would tap into the psyche of its consumers to help them visualize how useful the technology would be, and how it would benefit them. The physical product was the Blue Smart Card™  which uses NFC technology, which was then integrated into the Blue Social Platform.

Blue Social has successfully established its Auto-Networking technology for both iOS and Android devices. The tech-pioneer has also fostered over 900,000 social interactions in the last six months. Through its crowdfunding campaign, it raised a total of USD 1,000,000. Blue Social is also featured in a documentary revolving around the advancement of technology.

The co-founder of Blue Social, Christen-Leonor Santos Montero, attributes her unique psychological and socio-cultural insights on how consumers perceive brands and products to her educational background. Montero graduated from the University of Redlands with a Bachelor’s degree in Holistic Study of the Mind, Metaphysics, Marketing and Education. She expressed that taking a multidisciplinary approach to understanding the human mind through quantum physics, biology, neuroscience, philosophy, and psychology has helped leverage her expertise in the industry.

Montero believes that the study of the human consciousness helps bridge the gap between spirit and science. She is a driving force for Blue Social having human touch and physical interactivity as its core. In the age of the machine, human beings often find themselves lonely and isolated. She identified this as a problem that the app aims to be the solution for.

When it comes to building a team, the co-founder deduces that the most important aspect is the culture and the environment in the office. She aims to provide a safe space for everyone regardless of religion, ethnicity or sexual orientation. Her goal as a leader is to lead by example, empower her employees and to foster critical thinking.