Exceptional leadership and sustainability efforts recognised at the ACES Awards 2021 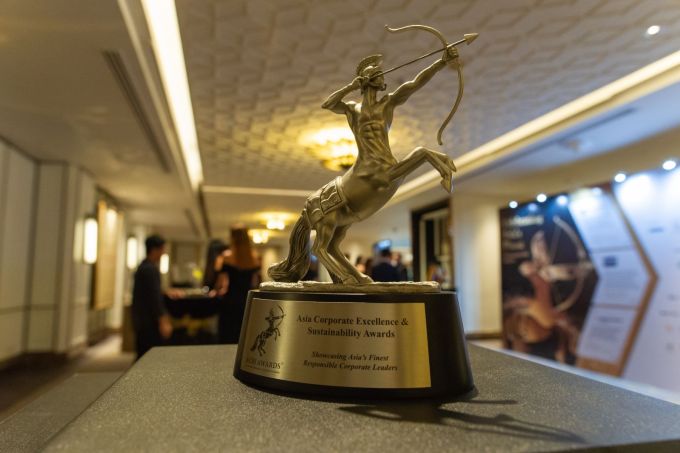 A good leader is defined as someone with integrity, compassion, humility and sincere concern for her staff. This describes Ms Lia Lynn E. Marcos perfectly, leading her to win the title of Asia’s Most Inspiring Executives at the Asia Corporate Excellence and Sustainability (ACES) Awards.

As vice-president for regional human resources at Sykes Asia – a business process outsourcing provider in the Philippines – Ms Marcos has proven to be a valuable asset to the company with her logical approach to solving challenges, while taking into consideration both client and employee needs.

Winning the same award is Hong Kong-born tech entrepreneur Gordon Lam Kwok Wai. Under his helm as president of Syniti Asia Pacific and Japan (APJ), the company’s software business grew by a staggering 250 per cent last year (2020), three times more than the year before (2019). It also attained a 99.7 per cent customer satisfaction rating – the highest in the company’s history.

Ms Marcos and Mr Lam are just two of many business leaders and corporations honoured at this year’s ACES Awards – one of the most prestigious accolades that recognises inspiring leaders and sustainability advocates across Asia.

Launched in 2014 by corporate think tank MORS Group, the ACES Awards brings Asia’s business aspirations and success stories to the world stage, helping winners accelerate their revenue growth and showcase the good reputation that they have built up over the years. This year’s event is especially sweeter, as it honours corporations which have prevailed despite the turmoil and uncertainties of Covid-19.

A brief overview of winners

LTP has nimbly weathered the storms of the pandemic and emerged as one of the most sought-after employers within its field – a stature that they have retained from pre-Covid-19 days. Meanwhile, Johnson & Johnson strives to make the world a healthier place to live and work in by tackling complex health issues and powering more of their operations with renewable energy, among other laudable projects that they have lined up.

CPC Corporation, Taiwan is also known for its sustainability efforts, garnering it the Top Sustainability Advocates in Asia award. The petrochemical company has intricately weaved holistic sustainability initiatives into its policies and operations, focusing on environmental stewardship and responsibility as well as community and social engagement.

Another eco-warrior is Royal DSM Singapore, which bagged Asia’s Most Sustainable Company of the Year award. Sustainability is its core value and key responsibility so taking care of the planet has been drilled into its identity, strategy, business and operations. The science-based company offers nutrition, health and sustainable living solutions for all ages and is determined to make the world a better place to live and work in.

All winners have shown grit through tough times and compassion for their staff. For example, Mr Lee is often likened to a father figure and is concerned with building a safe working environment for his employees, while Mr Lo prides himself on offering personalised service to customers.

As for Mr Lutter, he has stepped up during these unprecedented times and proven himself to be a resilient leader who remains unfazed in the face of adversity. Ms Vuu, on the other hand, has led her company to win over 20 regional and global media and advertising awards given out by several prestigious organisations.

Of small businesses and young leaders

The ACES awards do not just recognise large corporations or seasoned practitioners – small and medium-sized enterprises (SME) as well as youthful leaders are honoured, too.

One of them is Malaysia’s TOGL Technology, which served as both a Covid-19 success story and a caring corporate citizen. The application-design tech SME managed to turn a profit during the country’s 18-month shutdown due to the viral outbreak and raised over S$230,000 to help Malaysian frontliners and those affected by the pandemic in China. For all of its hard work, TOGL was given the Asia’s Most Promising SMEs award.

Mr Yin’s love for business started during his childhood when he sold second-hand toys and candies to classmates before opening up an eBay business at the age of 12 and a telemarketing firm before he turned 21. Today, under his helm, Utopia Corporation has launched and completed a total of 10 properties, and is currently collaborating with world-renowned Italian luxury brand, Tonino Lamborghini, on its first hotel in Thailand.

As for Mr Tran, he single-handedly led ACB from being a “wounded tiger” in the 2012 recession to one of Vietnam’s leading commercial banks. Since becoming chairman nine years ago at the age of 34, he has restructured the bank’s vision and core values to rebuild its legacy towards a more sustainable future and become one of the nation’s three most profitable banks.

The future of ACES

This is the second year that the awards ceremony is held during Covid-19. Despite this, it still received an overwhelming response, with a total of 420 nominations.

As the world continues to fight against the pandemic, the ACES Awards hopes to continue being the benchmark for entrepreneurs, enterprises and sustainability champions to succeed and learn from one another, especially in the realm of corporate sustainability.

As MORS Group CEO Shanggari Balakrishnan aptly puts it: “Regulators in Asia have geared up and driven the movement of corporate sustainability more and more. This encourages corporate citizens to shift from philanthropic action to injecting sustainability initiatives into their company’s DNA.

“In return, more and more meaningful initiatives have been implemented and the awareness of the importance of such practices is higher than ever.”