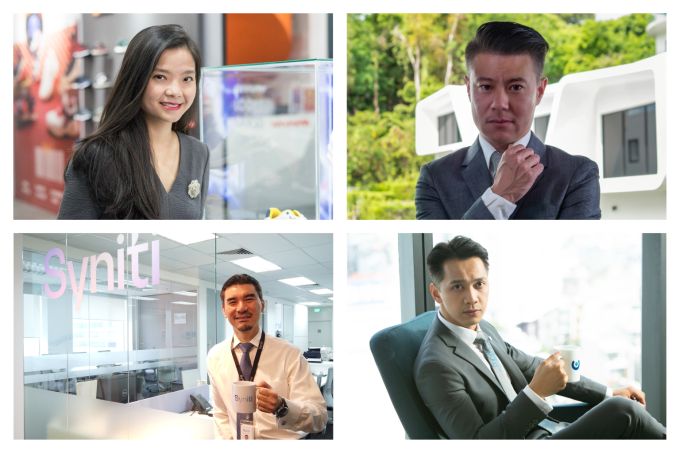 Four prominent business leaders from across the region were lauded for their outstanding leadership at this year’s Asia Corporate Excellence and Sustainability Awards (ACES).

All great business leaders possess varying experiences and perspectives on the approaches, styles and qualities that are imperative for effective leadership. The four winners recognise the importance of adapting to their surrounding environments and empowering their teams to succeed as a single unit.

Being able to balance the qualities and skills required to be a successful leader takes years of practice, and the ACES Awards holds these leaders in high esteem for the positive change and impact they have brought about.

Ms Vuu heads Biti’s, a Vietnam-based footwear company. Not only is Vietnam ranked as the second-largest footwear manufacturer in the world, but Biti’s has long been recognised as a national brand that prides itself on its strong heritage and history.

It pioneered the “Proudly Made in Vietnam” consumption trend and differentiates itself by manufacturing products that cater to the entire family, regardless of age. Aside from exporting its products globally, Biti’s has made its mark as a reputable original equipment manufacturer for numerous well-known brands like Clarks, Decathlon and Skechers.

As a leader, Ms Vuu believes in learning by doing as she likens her business to an endless adventure. She values the importance of hard work, courage, commitment and perseverance, which are reflected through Biti’s myriad corporate social responsibility programmes.

Through a servant-leadership approach, Ms Vuu has dedicated her life to bringing great benefits to the community around her and Biti’s, and credits her success to her 8,700-strong team of employees.

Mr Lam has been leading enterprise software company Syniti APJ since 2019. When the pandemic rocked the world, he leveraged this time to bounce back, setting an ambitious goal to grow the business threefold in three years. The company hit its target in just a year (2020).

For the first quarter of 2021, Syniti APJ’s year-on-year software results grew by 478 per cent, with services up by 57 per cent. Mr Lam also grew the company’s net new customer base by 180 per cent, which contributed to a quarter of the global net new customer growth. Despite the economic turmoil, the company attained a 99.7 per cent customer satisfaction rating globally – the highest in its history.

Mr Lam admits that he often looks for the silver lining in any given situation and rises to any challenge with a tenacity and empathy for others. He also has high regard for his team and champions an inclusive company culture. He never rests on his laurels and is constantly challenging himself to go above and beyond, thinking out of the box in order to continue innovating.

The CEO of Phuket’s biggest real estate developer came from humble beginnings, obtaining Australian citizenship when he moved from China as a refugee and honing his entrepreneurial spirit as a youngster by selling Chinese candies to his Australian classmates.

Not one to back down from a challenge, Mr Hachi Yin heads one of Phuket’s fastest-growing real estate companies. Photo: Utopia Corporation

Spotlighting the importance of open communication, the Monash University graduate managed to launch a total of 10 properties under Utopia Corporation within the span of five years. The multi-stake company is also in collaboration with world-renowned Italian luxury brand Tonino Lamborghini for its first hotel in Thailand, which is due for completion around 2023.

Mr Yin constantly steps up to a good challenge and never backs down. The property tycoon, who sticks to a strict daily schedule, is not easily deterred by failure. He is convinced that picking oneself up and moving forward during times of defeat is a true measure of success.

Established in 1993, ACB is a Vietnam-based financial institution that offers commercial banking services, with a focus on retail and small- and medium-sized enterprises.

Although the award-winning bank was touted as a “wounded tiger” after the 2012 crisis, Mr Tran brought about major transformations to the bank, and within the first two years of his chairmanship, ACB’s deposit size was successfully recovered, with improved profitability.

He implemented leadership practices that focused on building vision and core values. Mr Tran also restructured the bank, built up people and cultural change, led innovation, and promoted environmental consciousness. As a result, he restored ACB’s position to one of the top performers in Vietnam, with a return on equity of 27 per cent and 25 per cent in 2018 and 2019 respectively.

As a strong believer and champion of the environment, the award-winning entrepreneur has executed various campaigns and projects to raise awareness on the importance of managing waste and keeping the environment green.

Looking ahead, Mr Tran hopes to lead ACB in its mission to be among the three most profitable banks in Vietnam.